In France the “yellow jackets” protest despite the government ban. Video 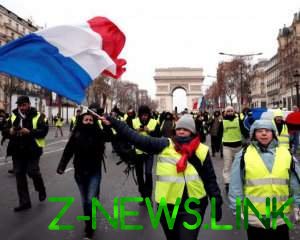 In France the “yellow jackets” came out on the anniversary, 20th a protest despite the ban.

Demonstrations are planned in Paris, Bordeaux, Toulouse, Lyon, Avignon and several other cities, reported by the local media.

Protesters continue to pressure President Emmanuel Macron and demonstrate solidarity with the 73-year-old Genevieve antiglobalisti Lahey, who received a head injury in nice last weekend. According to the Prosecutor, she was pushed by police.