In France, the man attacked people with shouts “Allah Akbar” 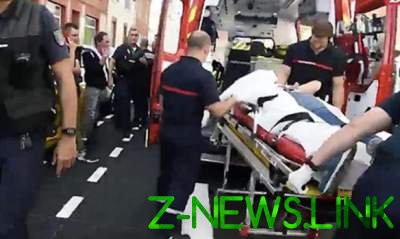 A former patient in a psychiatric hospital decided to get even with passers-by.

In Toulouse a former patient in a psychiatric hospital attacked four passers-by, and then three police officers, shouting “Allah Akbar”.

It is established that the man 42 years. Thereafter, he began to cry.

The two injured bystanders were taken to the hospital. Three police officers who tried to detain the attacker, also suffered injuries.

According to an eyewitness, a man jumped on people: “He first grabbed my son and then hit my daughter. We just ran away”.