In Bloodborne found the monster that was thought to be lost 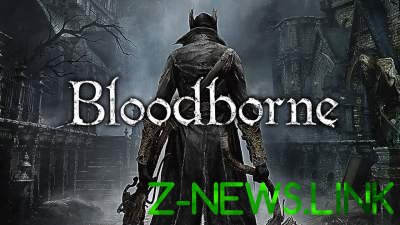 Even on Reddit there is a whole community of seekers that roam the Dungeons in search of Bloodborne secrets.

As it turned out, fans Bloodborne is still not unraveled all the mysteries of the game. They found the creature that the Studio From Software was shown on one of the presentations. In search of only took three years!

Once at a speech during the PlayStation Experience in 2014 year, the main ideologist of the “soul” series Hidetaka Miyazaki (Hidetaka Miyazaki) showed a mode of “Underground Cup” — a chain of dungeons that are randomly generated. In the video lit up a fiery giant Dead — it is heartfelt, and not ordinary or any other.

In 2015, Bloodborne has appeared on the shelves, but the fiery Dead giant gamers have not seen. The community decided that it was just cut from the game — you never know how it is! However, three years after the release of the user Moros Nyx has posted a video where a Dead fire giant wanders through the dungeon as if nothing had happened.

The video even has the coordinates finds: the fourth level of depth cursed and desecrated Chalices Ancestors. Glyph — pa6ssc6u. This glyph can be entered before you travel to the dungeon to get to the copy locations shown in the video, and look at the fiery Dead giant himself.

However, Moros Nyx admits honestly: most likely, the players first saw the monster. Just don’t understand, that before them there was something extremely rare. But the video is likely the first documented the existence of flaming a Dead giant.

Note that the latest patch Bloodborne received 21 December 2015 (according to the fan Wiki). So ardent a Dead giant could covertly enter a much later release. In addition, in the Dungeons of the Bowl are enough secrets — for example, it is a nasty thing (like in Bloodborne are other), which eats the Hunter, a bit digests and spits it out. In the regular game, the creature is found only in Dungeons. And there quite often.

Even on Reddit there is a whole community of seekers that roam the Dungeons in search of Bloodborne secrets. How to know if Miyazaki had hidden something else?..