Home / Medicine / Found a powerful substance for the treatment of tuberculosis

Found a powerful substance for the treatment of tuberculosis 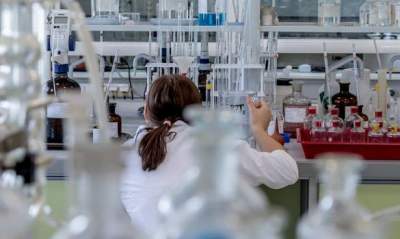 Scientists have discovered a new substance which can be used to affect the tuberculosis.

Tuberculosis is a infectious disease usually affecting the lungs. He is the second after malaria, the most deadly infectious disease caused by one bacterium, the number of victims among the inhabitants of our planet. In search of new strategies for the treatment of tuberculosis, a group of researchers have discovered a substance that interacts with the formation Millbrae bacteria.

The substance is effective even in low concentrations, and when combined with the known antibiotics, the efficiency increases to 100 (!) time.

The main challenge in the treatment of tuberculosis is its growing resistance to antibiotics. However, the pathogen itself complicates the work of doctors because its close micromembrane inhibits the effect of many drugs.

And now scientists have discovered a substance which disrupts the formation of this membrane. The researchers came to the hypothetical conclusion that is similar in structure to beta-lactones can disguise mikolajow acid to penetrate her biological signaling pathways through the membrane, and then to disrupt its formation.

To achieve this effect, the researchers used beta-lactone EZ120, which really inhibited the biosynthesis of micromembrane and killed mycobacteria. EZ120 effective even in low doses, it easily passes through micromembrane and is of low toxicity to human cells. In combination with antibiotics this substance has a synergistic effect that leads to freedom from tuberculosis in a much shorter time.