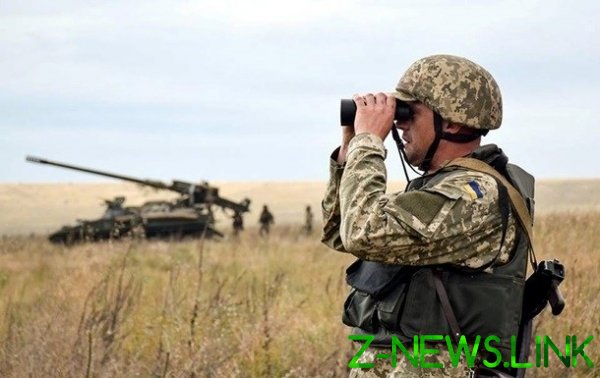 Ukrainian soldiers fired in response to attacks by militants.

The militants six times violated the ceasefire, no soldier of the United forces was not injured.

In the area of responsibility of tactical group “East” militants five times shelled the positions of joint forces: twice in the vicinity of Nikolayevka and Sand from anti-tank missiles.

Three more times, was fired from the position of CEO in starognatovki and Chermalyk from heavy anti-tank grenade launchers and small arms.

In the area of responsibility of tactical group “North” fighters from mortars of a caliber of 120 mm and 82 mm heavy machine guns fired at the positions of CEO at Gold-4.

It is noted that Ukrainian soldiers fired in response to attacks of fighters.

The CCA assured that the military control the situation on the demarcation line.