Home / WORLD / Fewer nukes stockpiled in 2021, but more of them primed for launch, as US and Russia upgrade arsenals, arms watchdog reports 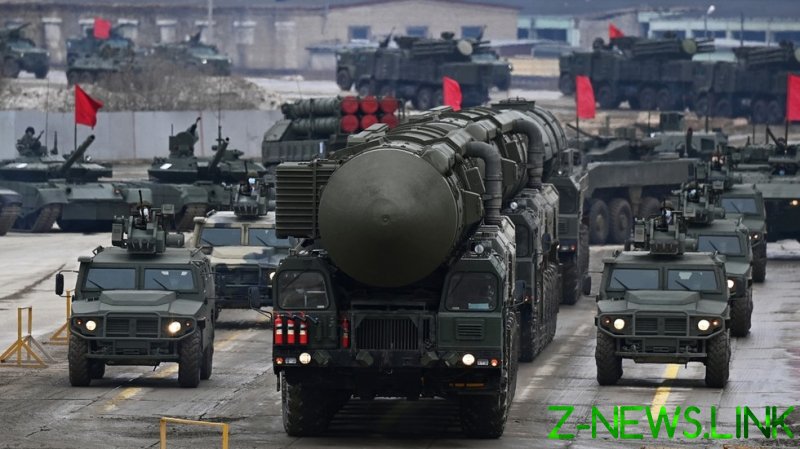 At the start of the year, there were around 13,080 nuclear weapons stockpiled by nine nations – the US, Russia, the UK, France, China, India, Pakistan, Israel, and North Korea – which is down from 13,400 a year prior, the Stockholm International Peace Research Institute (SIPRI) reported on Monday. Yet, at the same time, the number of nukes deployed with operational forces – that is, mounted on missiles or stored where they can be quickly prepared for use – has increased by about 105, reaching 3,825.

Russia and the US, the two nations holding most of the world’s nuclear weapons, were predominantly responsible for both changes, SIPRI said. Both have continued to reduce their respective arsenals by retiring outdated warheads, but also prepared for action, adding some 50 weapons each.

A change in the UK’s nuclear position was another major development in the current nuclear deterrence situation noted in the report. In March, Boris Johnson’s government dropped a pledge to reduce its nuclear stockpile to 180 by the mid-2020s and said it would instead procure additional weapons, to a total of 260 warheads. Britain started the year with around 225 nuclear weapons, up from 215 last year, SIPRI estimated.

The institute predicted an increase in nuclear stockpiles in the future and an upgrade of the arsenals of all nuclear nations. The rise in the number of operationally deployed nuclear weapons in Russia, for example, was linked to the deployment of more advanced missiles with multiple warheads.

“The last-minute extension of New START [Strategic Arms Reduction Treaty] by Russia and the USA in February this year was a relief, but the prospects for additional bilateral nuclear arms control between the nuclear superpowers remain poor,” remarked Hans Kristensen, SIPRI’s leading nuclear disarmament expert.

China remains the third-largest possessor of nuclear weapons in the world, with an estimated stockpile of 350 devices, the report said. France, India, and Pakistan have also declared stockpiles, estimated at 290, 156, and 165 weapons, respectively.

Israel is believed to have around 90 nukes, but neither confirms nor denies its status. North Korea’s arsenal remains classified, with SIPRI estimating it could have produced 40 to 50 nuclear devices by the beginning of 2021, though it is debatable whether Pyongyang can make fully functional missile warheads.