Home / WORLD / Father jailed for calling his transgender child, who was born female, his ‘daughter’ and denouncing ‘her’ medical treatment

Father jailed for calling his transgender child, who was born female, his ‘daughter’ and denouncing ‘her’ medical treatment 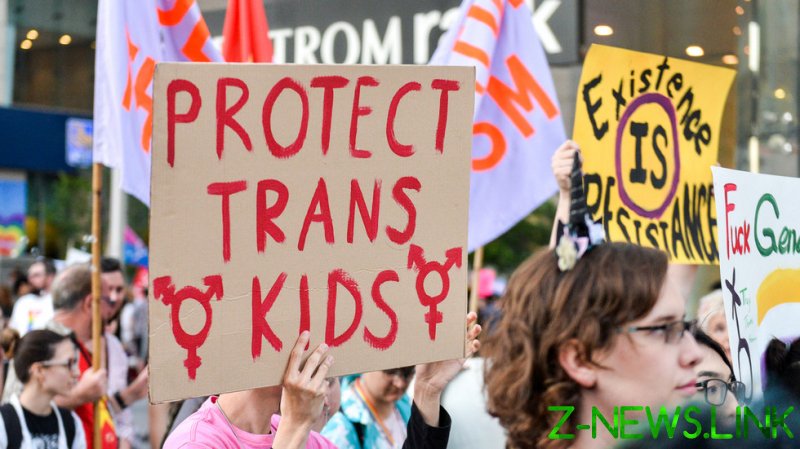 The man complained about doctors giving puberty blockers to the 14-year-old, and referred to the child with the pronouns ‘she’ and ‘her’, in defiance of a court order. He was sent to prison for six months for contempt of court.

British Columbia Supreme Court Justice Michael Tammen denounced his behaviour as outrageous contempt of a court order imposed to protect the girl’s identity. He handed down a “strong denunciatory sentence” on the man for “blatantly, wilfully and repeatedly” defying publication bans.

But what else could a father do when his daughter suddenly decided that she was a boy, and was then promptly affirmed by a psychologist before being referred to an endocrinologist for puberty blockers and cross-sex hormones?

The man – whose identity is withheld to protect his child and who was referred to in court only by the initials CD – was found to be in contempt of court for speaking publicly about the case. Previously, he had been prohibited from calling the teen his daughter and publicly referring to them with the pronouns ‘she’ and ‘her’. The child prefers the use of male pronouns.

The man is separated from the child’s mother, who apparently supports the transition.

I spoke over the weekend to Chris Elston – himself a father of two girls aged 11 and nine – who attended the sentencing hearing to show solidarity with CD. Elston, an insurance broker by profession, turned to activism because of the pernicious impact of gender ideology on women’s rights and the safeguarding of children.

Pictured alongside the father during an earlier hearing, Elston straps his campaign to his body, his placard stating: “Children cannot consent to puberty blockers. Stop the child abuse!”

“I felt it was my duty as a dad of girls to push back against this,” he told me. “I empathize so much with all of the parents whose children are coming to harm, and with politicians refusing to listen, media refusing to report, schools everywhere indoctrinating our children, and every major corporation jumping on board, I felt it was necessary to speak up.”

Last year, Elston was behind the “I love JK Rowling” billboard in Vancouver that was removed within 24 hours following complaints from transgender activists. But he is principally concerned about children who become entranced by this ideology, and the horrifying consequences for them and their families. Another Canadian parent had told him that, “it’s like being stuck behind plexiglass watching your children being tortured and unable to do anything.”

Canada has been captured by gender identity ideology. Activist-led bills have been nodded through parliament in Ottawa without the widespread public scrutiny that accompanied, for example, the proposed change to the Gender Recognition Act in England and Wales. As a result, while the Westminster government wisely threw out proposals for self-identification of legal gender, Bill C-16 enshrined gender identity into Canadian law. Vancouver journalist Meghan Murphy explained the problems eloquently, including her fears that “misgendering” might equate to hate speech.

The father in this case was accused of contempt rather than hate speech, but at a previous court hearing, Justice Gregory Bowden – also of the BC Supreme Court – ruled that:

“attempting to persuade AB [the man’s daughter] to abandon treatment for gender dysphoria; addressing AB by his [sic] birth name; referring to AB as a girl or with female pronouns, whether to him directly or to third parties; shall be considered to be family violence.”

When it is considered “family violence” to talk to your 14-year-old daughter about the wisdom of experimental and – in my view – harmful medical treatment, or even refer to her by her sex, we can maybe understand why the father felt he had to continue to speak out to anyone who would listen.

While sentencing, Justice Tammen said that one of the most “egregious” breaches was the release of documents that included the child’s proposed medical treatment plan, an informed consent form containing the child’s personal information, and the names of the child’s health care providers.

While it is proper to respect the child’s privacy, mothers and fathers everywhere need to know about this treatment plan and the consent form. In British Columbia, parents are powerless to intervene when their children are enchanted by the wild idea that they are the opposite sex. This is not hypothetical; it is real.

Redacted versions of these documents were shared by Elston on Twitter.

CD’s daughter was referred to the BC Children’s hospital in Vancouver, whose Gender Clinic “provides treatment with puberty blockers and/or gender-affirming hormones for transgender and gender-questioning youth. We accept referrals up to the patient’s 17th birthday.” According to their website, “Once our clinic has received a report from a transcompetent mental health assessor recommending medical treatment, you will be scheduled to see a pediatric endocrinologist.” Their ‘roadmap’ makes it look simple – certainly the only treatment option mentioned is puberty blockers and “gender affirming hormones.”

According to court papers from 2019, the “transcompetent” assessor in this case was Dr Wallace Wong, who has been working with transgender clients – especially with children and youths – since 1996. He is also something of an evangelist for gender ideology, having authored the book ‘When Kathy is Keith’. Its target audience? Four to eight years.

Once at the clinic, CD’s daughter signed the consent form. She said that she understood that “testosterone will cause my body to become more masculine in appearance, and it will reduce my female hormones. This will probably mean that I will not menstruate, and that I will not be fertile for the duration of treatment. … I may not be able to get pregnant in the future.” She was 13 years old.

The High Court of England and Wales thinks very differently. In Bell v Tavistock (2020), the judges ruled that it was “highly unlikely that a child aged 13 or under would be competent to give consent to the administration of puberty blockers.” The doctors in Vancouver are going far beyond puberty blockers when they prescribe testosterone to girls not yet old enough to know what it means to be an adult. In my view it is state-sanctioned child abuse and, as a parent myself, I would do anything I could to intervene. Despite being transgender, I am in no doubt that medical transition is at best a palliative treatment, and it is a totally inappropriate response to children suffering with gender dysphoria which – in most cases – resolves itself during adolescence.

But the letter CD received from the hospital – the second document shared by Elston – was stark: “In British Columbia a minor may give an effective consent to health care if his provider, first, is satisfied that he understands the nature, consequences, benefits, and risks of the proposed treatment and, second, concludes that the treatment is in his best interests.”

Parents have no say: “Although the child’s parent may serve the crucial role of friend and adviser with respect to a healthcare decision, the parent cannot veto that decision.” Friends and advisers!  Incidentally, there is no minimum age; it comes down purely to the decision of doctors, too many of whom seem to think that hormones and surgery are some cure for gender non-conforming behaviour or the distress of puberty.

CD is now serving jail time for speaking out. How many other parents will need to go to jail before political leaders wake up to the horror of what is happening to children and put a stop to this abhorrent practice? 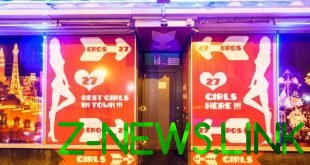 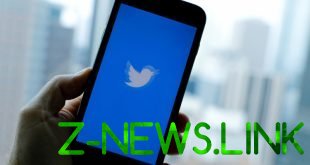 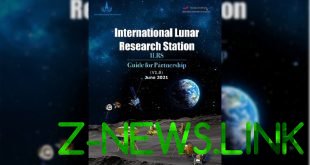 The 15-year race for the Moon has just kicked off

On Wednesday, Chinese and Russian officials jointly released their comprehensive roadmap towards the construction of …