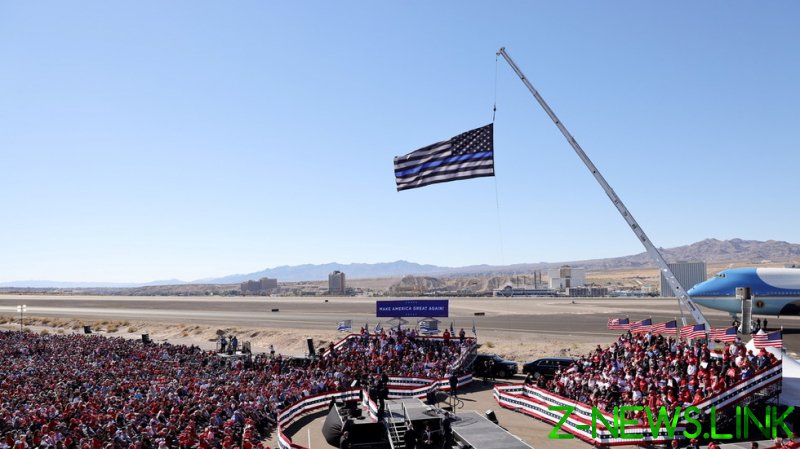 The North American Aerospace Defense Command (NORAD) acknowledged the incident in a pair of tweets on Wednesday afternoon, not long after the illicit flyover was caught on film during the Trump rally.

While the brief encounter put the military on red alert, President Trump appeared to believe the incident was deliberate, showing no concern that he might be in danger while musing that the plane was “trying to show off to the president.”

“Look at that! Look, look, look! They gave the president a little display. How about that. I wonder if the fake news caught that… they never want to show anything that’s good,” Trump told the crowd, which erupted into chants of “USA! USA!”

Temporary Flight Restrictions are imposed by the Federal Aviation Administration (FAA) and enforced by NORAD and the Air Force, requiring all aircraft to keep away from a designated airspace and remain in contact with air traffic controllers. Occasionally civilian pilots breach closed zones unaware restrictions are in place, however, prompting the military to scramble fighters to escort the craft out of the area.