Dugin names target of attack that killed his daughter 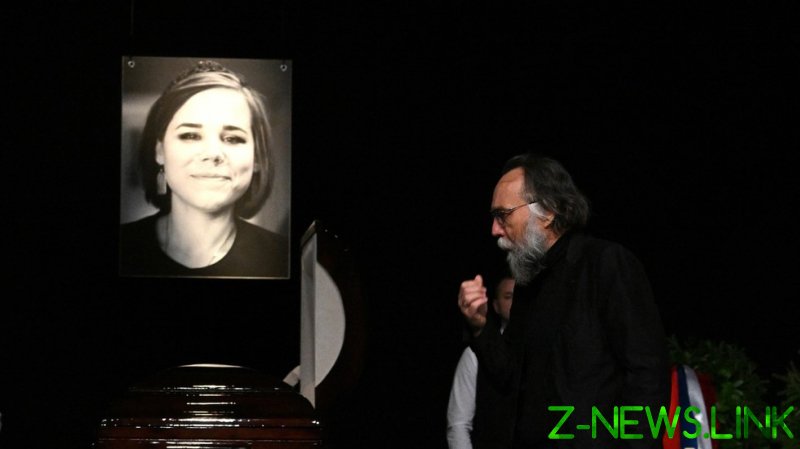 Russian philosopher Aleksandr Dugin believes his daughter, Daria, was the target of the car-bomb attack that took her life last week, he has told journalists. The murder generated a lot of speculation about whether the killers intended to assassinate Dugin himself or his daughter.

“It was no mistake,” he said. “Every effort was made to kill her… she was the target,” he told a documentary titled “Why was Daria Dugina killed?” that is to be aired by Russia’s Channel One.

Dugina, 29, was driving her father’s Toyota SUV when it exploded, prompting Russian law enforcement and authorities to assume that the philosopher himself might have been the target of the attack.

According to Dugin, his daughter was targeted because she championed the “Russian idea… the idea of great power statehood; security for our people and our nation.” A conservative firebrand and rather fringe figure at home, Dugin himself has been dubbed ‘Putin’s brain’ and ‘Putin’s Rasputin’ by the western media that claimed he supposedly exerted influence on President Vladimir Putin’s worldview. In Russia Dugin is mostly seen as a marginalized figure with no real influence.

Earlier, Dugin had called his daughter’s murder a “terrorist act” and blamed “the Nazi Ukrainian regime” for the killing. He also said that he wanted Russia’s “victory” in the ongoing conflict in Ukraine rather than revenge. 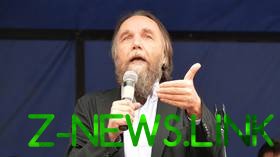 Kiev has denied any official involvement in the car-bomb attack. The Russian security service, the FSB, identified the suspect behind the bombing as Ukrainian national Natalya Vovk, 43. Vovk, under the surname Shaban, appeared on the list of Ukrainian National Guard personnel that was published in April on the Russian internet. The doxx claimed she was associated with the “Azov” neo-Nazi regiment. However, neither Russia nor Ukraine officially confirmed this information.

Earlier this week, the UN called for a probe into Dugina’s killing. An investigation is needed to “establish the facts” behind the incident, Stephane Dujarric, spokesman for Secretary-General Antonio Guterres, told reporters on Monday.

Pope Francis called Dugina a “poor girl” and, in public comments this week, lamented that the Russian-Ukrainian conflict was claiming innocent lives on both sides. His remarks angered Kiev, which went as far as to summon the Vatican’s envoy to lodge a formal complaint over the Pope’s words. The Ukrainian Foreign Ministry once again stated that the murder “had nothing to do with Ukraine” and called his words “unjust.”