Home / auto / Drivers uncleared “EuroBLECH” can give a second chance

Drivers uncleared “EuroBLECH” can give a second chance 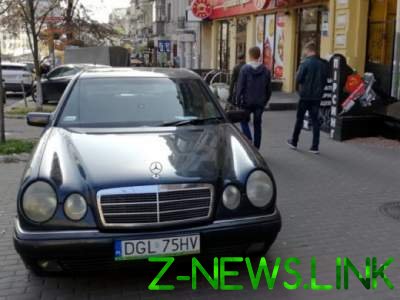 The deputies proposed to extend the possibility of preferential customs clearance.

The Verkhovna Rada of Ukraine late last month filed a bill providing for the extension of the period of preferential customs clearance of the vehicles for six months, i.e. until the end of August this year.

If MPs approve the bill, with a discount of 50% will be clear of the machine until the end of the summer. But this is only the case if the bill is adopted.

The bill says, in particular, that the period of reduced clearance vehicles foreign numbers should be extended to 360 days, not 180 days as before.

Would the MPs with such a bill? This question is difficult to answer. Still, the Verkhovna Rada did not go on concessions “euroshare”. However, the current composition of BP is now may not agree to make serious decisions, because this fall will be a new election of deputies of the Verkhovna Rada.

Meanwhile, the public organization “Auto Euro Force” planning after “may” to arrange holidays in Kiev large-scale acacia protest. The aim of the campaign is reducing the cost of clearance “EuroBLECH”. In the promotion can take part to 100 thousand persons.