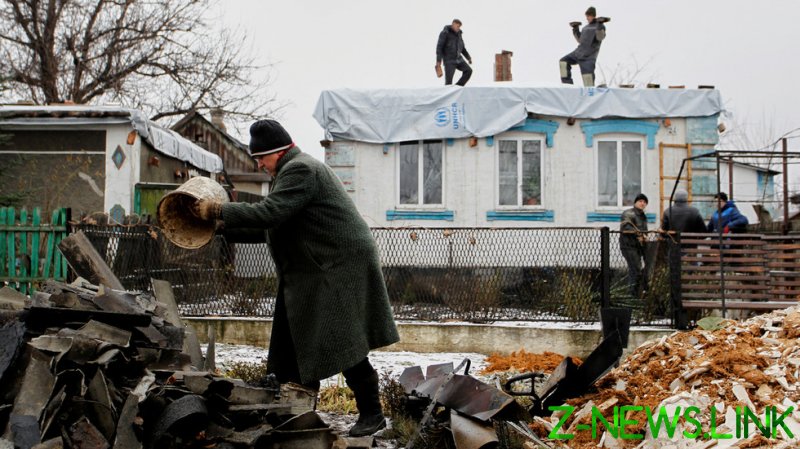 All countries have a lot to lose from a war, and unpredictability is an important factor as a series of unknown variables will make it nearly impossible to exercise escalation control and calculate the consequences.

However, the assumption that states always act rationally is deeply flawed.

We commonly and incorrectly assume that states are unitary actors – a single political entity that seeks to advance national interests that are uniformly defined by the political class and the people. Yet, cleavages exist within states and domestic in-fighting over defining national interests often results in irrational behaviour. States act irrationally when domestic politics influence foreign policies. Furthermore, domestic considerations and foreign posturing raise the possibility of miscommunication.

The August 2008 war in Georgia demonstrates that the assumption of rationality is often flawed. President Mikhail Saakashvili cited US support as one of his motivations when he launched an attack on South Ossetia, killing scores of civilians and Russian peacekeepers.

It was decided at the NATO Summit in April 2008 that Georgia could eventually become a member of NATO. However, the autonomous regions of South Ossetia and Abkhazia represented a challenge as NATO’s own rules dictate that “territorial disputes, including irredentist claims, or internal jurisdictional disputes” must be resolved before joining the military bloc.

Saakashvili was convinced that the rhetorical support from the West would be translated into actions. Indeed, the media in NATO states remained silent during the attack and only began reporting once Russia eventually intervened. Furthermore, the Western political-media establishment uncritically repeated the narrative of Saakashvili and condemned solely Russia.

Even after the subsequent independent EU report confirmed that Georgia started the war and Saakashvili had lied, the narrative in the West has remained the same and proved to be impervious to verifiable and objective facts. Thus, the rhetorical support has remained consistent.

A similar dynamic is developing in Ukraine. Kiev has for a long time repudiated the validity of the Minsk Agreement to resolve the conflict, a sentiment that has been supported by the US. Over the past weeks, Ukraine has mobilised troops that have been sent towards Donbass. These troop movements have occurred as Ukrainian Foreign Minister Dmytro Kuleba announced that Ukraine would retake Donbass and Crimea – including Sevastopol, the home of the Russian Black Sea Fleet. This complete silence from the West can easily be interpreted as tacit support.

Russia has subsequently responded by mobilising its troops towards the Ukrainian border. Suddenly the political-media class has begun to report and the predictable narrative, echoing the talking points from Kiev, is that the renewed tensions have been initiated by Russia. Yet again, the narrative is impervious is verifiable and objective facts.

As tensions increase, President Biden affirmed the US “unwavering support” for Ukraine and condemned Russia’s military build-up. Statements by the NATO Secretary-General similarly condemned Russia and affirmed that NATO “remain[s] committed to our close partnership” with Ukraine. The discord between reality and narratives make it unclear if there is “unwavering support” for a Ukrainian offensive or against a Russian offensive. Either way, President Zelensky interpreted Biden’s support as a de-facto alliance: “President Biden assured me that Ukraine will never be left alone against Russia’s aggression”.

It is unclear if Biden’s communication is intended for an international or a domestic audience. Following Trump’s victory in 2016, Russia was thrown into domestic US politics, as the main national debate for the next four years was whether the US president was a secret Russian agent. Biden’s chest-beating comments about Putin being “soulless” and a “killer” similarly appears to be aimed at a domestic audience, as the opposite of Trump. Internationally the undiplomatic comments made the US appear as a banana republic and plunged relations with Russia to new a low. Irrespective of the intended audience, Biden may have set a rhetorical trap for himself in Ukraine that would let domestic politics dictate US foreign policy.

Much of Ukraine’s foreign policy reflects a domestic rivalry between competing cultural identities and ideas about the Ukrainian nation. Until recently, Ukraine sought to mitigate the rivalry between domestic cultural identities by cultivating close relations with both Russia and the West. One coup later, Ukraine has launched a culture war domestically and positioned itself as an American front line against Russia.

Zelensky won a landslide victory on the political platform of a more benign approach to eastern Ukrainians and Russia to end the conflict in Donbass. Yet, Zelensky has since alienated much of his electorate and thus exposed himself to more pressure from the nationalists who accuse him of being too soft on Russia. The current belligerent actions by Zelensky are making him less vulnerable to the nationalists and attracting support from the West. Biden held his first call with Zelensky on 2 April in response to the renewed tensions, which brought Ukraine out from the shadow and to the centre of US foreign policy focus.

What could a war achieve? The historical bond between Ukraine and Russia would increasingly be severed and it would be easier to marginalise Russian-friendly political groups and media. If Ukraine can take back Donbass by force it would boost the credibility of the government, although if it loses Donbass in the war it would make Ukraine more ethnoculturally homogenous. An unpopular yet common argument is that Ukraine and the US should give up Donbass as the Russian-friendly half of the population would be reduced and unable to win elections.

In contrast, a negotiated settlement in Donbass would entail autonomy that limits both the cultural authority of Kiev and its aspirations of joining NATO. In contrast to the Western narrative of Ukrainians yearning to join the Euro-Atlantic community, polls find that even after seven years of war only 41% want to join NATO, and 49% want membership in the EU. A survey from last year suggested that 49% of Ukrainians had a “good” or “very good” opinion of Russia.

The Russian public is divided in terms of how Moscow should respond to the plight of the people in Donbass, and the Minsk agreement provides a reasonable solution for Russia. The vast amount of Russian citizens living in Donbass would be able to enjoy cultural autonomy, while the ability of Donbass to prevent NATO expansionism would bequeath Russia with a neutral buffer zone between itself and what is deemed a hostile and anti-Russian military alliance.

Intervening against a major Ukrainian offensive in Donbass would be incredibly dangerous and the consequences difficult to predict. Yet the failure to come to the defence of Russian compatriots would be unacceptable to large parts of the Russian population. Furthermore, it would likely create even greater unpredictability and instability from an emboldened Ukraine and NATO.