Home / WORLD / Democrats ‘beginning to sound like ISIS’: Candace Owens hits out at calls for pro-Trump crowd to seek ‘redemption’

Democrats ‘beginning to sound like ISIS’: Candace Owens hits out at calls for pro-Trump crowd to seek ‘redemption’ 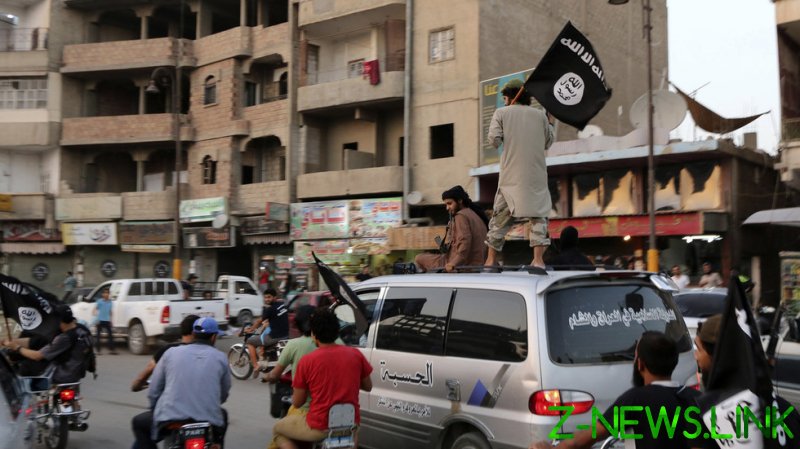 Outspoken conservative Owens took to Twitter on Saturday, hitting out at calls for “redemption” in the aftermath of the Capitol Hill siege and Trump’s social media ban. She condemned the “brown-shirt approach” exhibited by many Democrats, stating that the pro-Trump crowd won’t just “magically disappear,” and comparing their inability to cope with opposite views to the intolerance displayed by the Islamic State (IS, formerly ISIS) terrorist group.

“Democrats are literally beginning to sound like ISIS. ‘Recite the Quran or get your head chopped off, now!’ Absolutely psychopathic. You will not make President Trump and his 75 million voters magically disappear or cower in fear.”

Owens’ angry message came in response to a tweet from John Brennan, former CIA director and self-described “nonpartisan American,” who mused about what should be done to the pro-Trump crowd. Merely ceasing to support the president is not enough, Brennan warned, suggesting that those seeking “redemption” must confess their ‘wrong’ views.

“Total denunciation of a despot’s legacy is necessary to eradicate any remaining malignancy,” he stated.

In fact, Brennan is far from alone in expressing such views, with multiple commentators urging the need for a religious-sounding “redemption” of sorts or the outright persecution of Trump-supporters, somewhat resembling denazification in post-WWII Germany. The calls for such measures have been greatly amplified by the recent Capitol Hill incident, which left five people including a law enforcement officer dead.

Such calls were not taken lightly by Trump supporters, who told their opponents they were not going anywhere.

Others accused the pro-Democratic crowd of acting like Nazis, sharing more ideas – straight from Hitler’s Germany – about how they should try and punish the Trump supporters.

Many hit out at Brennan personally, accusing him of just holding a grudge against Trump, who booted him from his CIA position back in 2017, and now simply seeking revenge. Moreover, his spiritual-sounding musings were not quite in-line with his spy career, they argued.