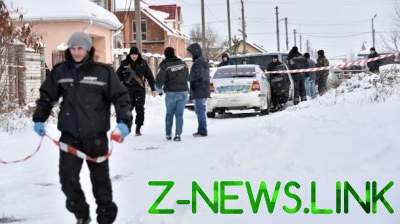 The resonance of the tragedy emerged a new part.

The General Prosecutor’s office demanded to take into custody the former chief of the criminal investigation Department of the National police in Kiev Leonid Smoking, one of the suspects in the case of a shootout in the City.

According to speaking at the trial of Prosecutor Nikolay Nalivaiko Kuryata personally made the decision not to arrest criminals and give them the opportunity to leave, after which he gave his subordinates the oral instruction to shoot to kill at the car, where the hostages were spies of the police and which later turned out to be a machine of GEO.

According to the Prosecutor, then had to initiate negotiations to release the hostages, who Kuryata conduct did not even try.

He Kuryata described their actions as “arrest criminals, not murder.”

Recall, December 4, 2016 in the village of kniazhychi, Kyiv region there was an incident when police from different divisions opened fire on each other. Mutual exchange of fire killed five police officers. The results of investigation of seven officers who were in managerial and operational positions, and was dismissed from the National police. The attorney General promised that will be involved in responsibility not only security officers but also management of police intelligence.