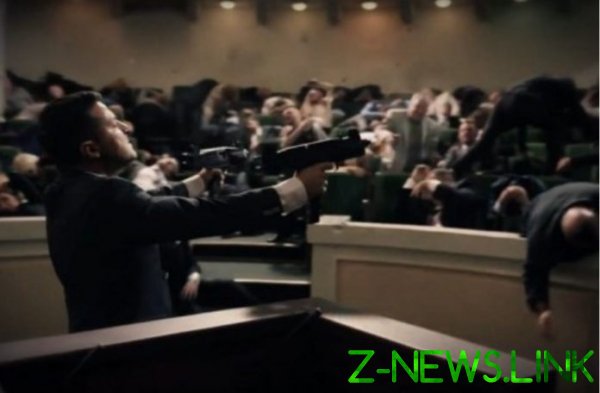 On the eve of elections to the European Parliament of the Pro-Russian Bulgarian party “Vazrazhdane” (Revival) was used in their advertising video with footage from the TV series “servant of the people” in which actor and current President of Ukraine Vladimir Zelensky shoot members of Parliament.

The Central election Commission of Bulgaria explained that the campaign on the social network Facebook are not regulated by law, so they can’t do anything about it, transfers “Radio Freedom”.

Party “Vazrajdane” calls for Bulgaria to withdraw from the European Union and NATO.