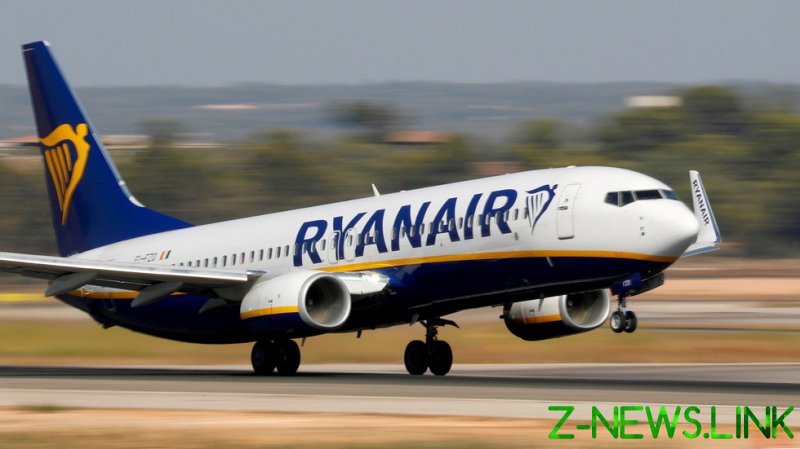 Roman Protasevich is the editor of Belamova, a Telegram channel established last year by Igor Losik, a consultant for US state-run media organisation RFE/RL. Belamova was effectively outlawed last month, after a court in the eastern Belarusian city of Gomel declared it an “extremist” organization. Losik was arrested last summer in his home town of Baranavichy, and remains in prison.

Protasevich himself previously worked directly for the Washington-funded propaganda outlet, which supports US foreign policy goals in Eastern and Central Europe.

Last year, he was employed as editor-in-chief of the popular Polish-based opposition Telegram channel Nexta Live, which the government had previously also declared extremist. He was put on an international wanted list by the Belarusian authorities in November, accused of helping to organize anti-government protests following last summer’s presidential election and “inciting social enmity and discord.”

A request for Poland to hand him over to law enforcement in Minsk, along with Nexta Live’s founder Stepan Putilo, fell on deaf ears.

On Sunday, Belarus’ Interior Ministry made the surprise announcement of Protasevich’s arrest, with opposition figurehead Svetlana Tikhanovskaya branding the move “an operation by the special services to hijack an aircraft in order to detain the activist.” Tikhanovskaya herself lives in Lithuania, having left Belarus shortly after last year’s election, where she stood as a candidate against Lukashenko.

The situation was made possible after Protasevich boarded a flight from Greece to Lithuania. Part of the trip went over Belarusian territory, and shortly before leaving the country’s airspace, the aircraft, operated by Ireland’s Ryanair, made a U-turn and changed its destination to Minsk. 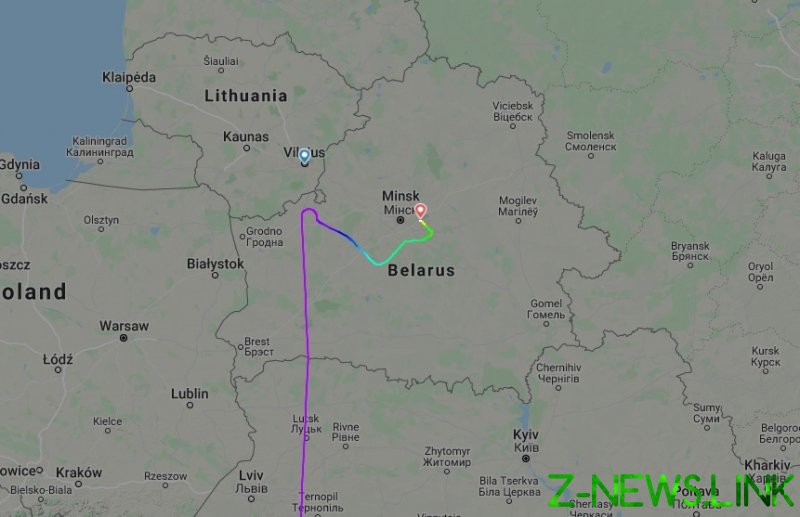 Officials at Minsk International Airport said the crew requested an emergency landing after receiving a tip-off about a possible bomb on board. “So far, the information about the planted explosive was not confirmed. Bomb experts are working at the airport, the passengers are undergoing repeat pre-flight inspection,” a spokesperson for the airport said.

However, Protasevich’s allies claim that agents from the KGB state security service targeted the activist in Athens and some sort of provocation was staged on the plane which prompted the diversion.

Unfortunately for Protasevich, the incident delivered him right into the hands of Belarusian law enforcement, resulting in his arrest.

A Telegram channel considered to be close to the Belarusian government claimed that President Lukashenko personally authorized the dispatch of a MiG-29 fighter jet from the Belarusian Air Forces to escort the civilian plane.

This was interpreted by Protasevich’s colleagues as a tacit admission that the government was behind the situation that prompted the diversion of the flight.

“Lukashenko and the Air Forces forced the Ryanair plane to turn and land in Minsk. That was a hijacking,” Nexta Live remarked in its report on the situation. Tikhanovskaya, who claims to be the legitimate leader of Belarus, called the events an “obvious intelligence operation.” She said her home country should be punished for it, up to an expulsion from the International Civil Aviation Organization (ICAO).

“I call on NATO and EU allies to immediately react to the threat posed to international civil aviation by the Belarus regime. The international community must take immediate steps that this does not repeat,” he said in a statement cited by Reuters.

Warsaw-based Nexta Live has become major pro-opposition media source, mainly on the Russian made Telegram service, broadcasting images of demonstrations and police action and advocating putting increased pressure on the government. Despite controversies surrounding several of its posts, which were later proven to be misleading or outright false, its subscriber base has grown considerably and now stands at over 1.2 million.