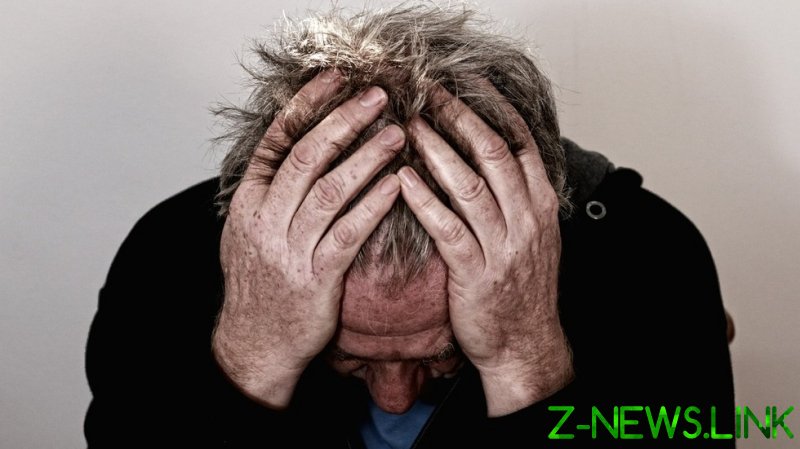 Nearly one in five Americans take antidepressant drugs on a regular basis – a shocking figure when one considers the heavy physiological burden these drugs place on patients – and almost 70% take at least one prescription drug. Now, deeply mired in the suffering caused by the Covid-19 pandemic and disastrous government responses to it, they are taking a whopping 21% more antidepressants – plus 34% more anti-anxiety drugs – than they were. And those statistics are from last year, meaning they’ve likely only increased since then.

However, while the classic Big Pharma approach is to throw drugs at every problem and hope they go away, it doesn’t take a trained psychiatrist to understand that it’s perfectly normal for us to be feeling depressed. Between dead or dying relatives, isolation from friends and family members, the loss of employment and the money that came with it, and the inability to socialize or even (in some extreme cases) walk outside, one would have to be mentally ill not to experience some form of depression or anxiety. It’s no surprise that many states and countries lost more people to suicide than they did to Covid-19.

Antidepressants don’t just reduce feelings of sadness – they flatten the user’s ‘affect’, their ability to express any kind of intense emotion, and risk triggering suicidal thoughts in those to whom they are prescribed. Indeed, some of the worst (and most common) side effects are enough to trigger depression on their own: diminished (if not vanished) sex drive, weight gain, chills, sudden sweating, and chronic brain fog are just a few of the nasty issues that crop up when taking these hugely popular drugs.

Many psychiatrists who believe first and foremost in better living through chemistry merely slap a band-aid on the problem their drugs have caused by prescribing more drugs to treat the side effects of the first round. These come with their own package of potential side effects, which may interact fatally or at least unpleasantly with the antidepressant’s own side effects. Worse, the majority of patients take their antidepressants ‘long-term’, according to experts in the field – a term that could mean anything from a few years to the rest of the patient’s life.

That is, even if everything goes well for the patient on antidepressants, few realize that climbing aboard the medication train means signing up for what could be a lifetime of drug dependency. Antidepressants come with a daunting withdrawal profile, an issue typically associated with opioid pain pills or anti-anxiety drugs but which also affects the users of drugs like Effexor, Paxil, or Zoloft – to say nothing of the antipsychotic medications that are increasingly being prescribed to depressed patients despite a whole host of nasty side effects unto themselves – anything from massive weight gain to diabetes. Individuals trying to come off the drugs ‘cold turkey’ may experience ‘brain zaps’, lapses in cognitive ability, and a sudden return of the depression they’d been suppressing for so many years – a cocktail of symptoms that is truly cruel to people who began taking the drugs to ‘fix’ mental problems in the first place.

The idea of taking a pill to cure a complex, multifaceted illness that isn’t fully understood by the medical profession in the first place is in itself dubiously useful, but it’s hardly the fault of the patient that they are hustled in and out of the doctor’s office with a prescription and a few kind words. The US, one of only two countries in which it is legal to advertise pharmaceutical drugs directly to patients, levels the full force of its advertising superpowers at lonely, gloomy, or just plain bored individuals in the hope of hooking a big fish – a Medicaid-insured, physically-healthy specimen who could theoretically live for decades more, collecting hefty drug payments forever. Antidepressants, like many ‘mental health’ drugs, are often meant to be taken for the duration of a patient’s lifetime, meaning the psychiatrist has no reason to ‘cure’ the patient at all. Indeed, doing so would cut into the doctor’s profit margins.

Even in cases where a prescribed dose of antidepressants clearly doesn’t work, there are over a dozen other options to cycle through – to say nothing of upping or reducing the dose – before throwing in the towel on pharmaceutical relief entirely (or maybe trying the antipsychotic route, or even having a retro go with electroshock, which is, shockingly, still a thing. Few are the psychiatrists who actually sit with their patients and try to understand the origins of their ‘problems’ – not when they can run four patients through the office like a mental health abattoir during that same hour, sending the person on their way with a prescription and a glimmer of hope that this time, the pills will really do the trick.

I myself was subjected to this rather undignified Russian roulette during my teenage years, when I tried in vain to convince my doctors that my ‘depression’ was really just boredom brought on by the common stresses of coming of age in a dull suburban home surrounded by dull suburban people. Sure enough, as soon as I landed in the real world, my ‘depression’ cleared up, leaving me excited by my surroundings and eager to face whatever the next day had to bring – something the half-dozen antidepressants I’d been subjected to at one time or another during the preceding years had been utterly incapable of accomplishing, but a reality I was never able to convey to doctors whose ears were too stuffed up by my parents’ insurance dollars to actually listen to me – the patient.

As Americans age, the likelihood of taking antidepressants increases. A 2020 study found nearly a quarter of all women over 60 took antidepressants, with use concentrated among white women in higher income brackets, and a group of mental health professionals argued – unsurprisingly, given the conflict of interest – that psychiatric conditions were actually undertreated. Perhaps most alarmingly, 10% of Americans over the age of six now take antidepressants, and a growing number are also taking antipsychotics, one of the most dangerous classes of drug on the market and one which is increasingly marketed to children. After all, who wants to deal with a rambunctious kid when you can medicate Junior into sitting and staring transfixed at the wall, his brain paralyzed by what was once dubbed a ‘chemical straitjacket’?’() One can often recognize the patients of these drugs on the streets – they suffer from uncontrollable jaw movements called tardive dyskinesia and often develop life-threateningly high blood sugar as a result of the medication. Who wouldn’t want that for their kid?!

Thus while antidepressant use has only soared – both in the US and in other Western nations – amid the Covid-19 pandemic, one would have to be blind, deaf, dumb, and just plain stupid to recommend what is too often a one-way drive off a pharmaceutical cliff for situational depression that is a completely normal reaction to a highly depressing situation. There are a million good reasons to feel depressed during this time, but before rushing to the pharmacy, we would be far better off to talk about these problems with one another rather than exchanging empty pleasantries with a psychiatrist daydreaming about the yacht they’re going to buy with your problems. The only way out of this kind of depression is to clean up the mess that created it and start working on solutions. Those willing to take that first step may be surprised at how empowered they feel.