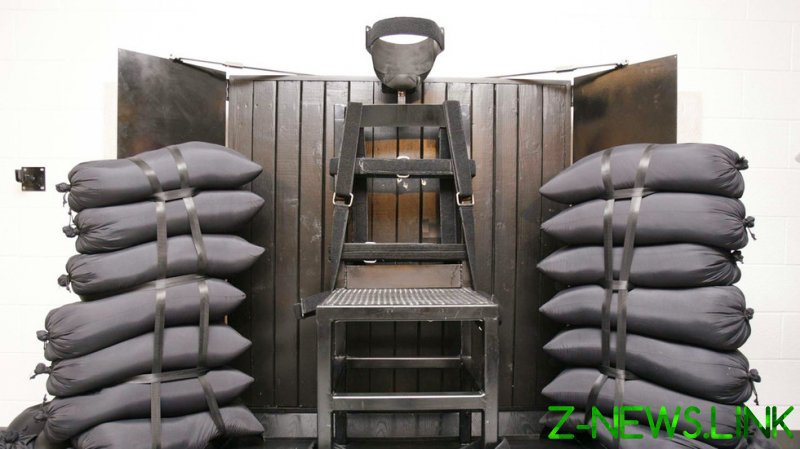 Put to death in 2011 by lethal injection, triple murderer Jeffrey Motts was the last death row inmate executed in South Carolina. The state has not executed anyone since, as the one pharmaceutical company that produced the anaesthetic most commonly used in executions suspended production in 2009, and batches in storage have since expired.

However, Governor Henry McMaster, a Republican, quietly signed a bill on Friday offering death row inmates the choice between the electric chair and a firing squad, should the state not be able to offer a lethal injection.

Announcing his signature on Monday, McMaster said that “the families and loved ones of victims are owed closure and justice by law. Now, we can provide it.”

According to an AP report, use of the electric chair was already legal in South Carolina, but inmates who refused electrocution would be automatically scheduled to die by injection. Without any drugs to make this happen, their executions were effectively put on indefinite hold. Killed in 2008, double murderer James Earl Reed was the last inmate executed on South Carolina’s electric chair. Reed chose the chair, refused to plead for clemency, and forewent his customary last meal and statement.

South Carolina is one of eight states that allow execution by electric chair. Only three other states – Mississippi, Oklahoma and Utah – allow for death by firing squad. The last inmate in the US executed by firing squad was murderer Ronnie Lee Gardner in Utah in 2010. Lee had a hood placed over his head and a target hung from his chest, before five volunteer marksmen took aim with .30 caliber rifles and shot him dead.

While South Carolina’s electric chair – nicknamed ‘Old Sparky’ – stands ready for use in Broad River Correctional Institution, the state has yet to examine how to use firing squads.

Opponents of the bill accused McMaster and the state’s Republican-controlled legislature of regressing to barbarous methods of execution.

Since the US reinstated the death penalty in 1977, more than 1,500 inmates have been put to death, according to data from the Death Penalty Information Center. Of these, 570 took place in Texas, making the Lone Star State the US’ leader in capital punishment.