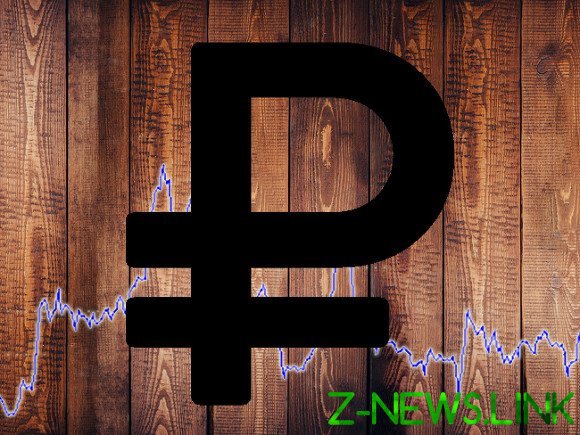 Analyst: On the ruble in March will be influenced by three “most important factor”

The Russian national currency in the coming month will affect the three “most important factor”. This opinion was expressed by the “Rosbalt” Deputy head of IAC “Alpari” Natalia Milchakova.

She recalled that “in February on the foreign exchange market continued the negative trend of January: for the month the ruble weakened against the dollar by 5.7% and against the Euro by 5.6%, having rolled away to levels of the beginning of 2019”. “Coronavirus, received in February the name of the world health organization COVID-19, confidently sweeping the planet, affecting all new and new countries. Russia is still one of the few happy exceptions, serious cases of this coronavirus have not yet, however, the consequences of the spread of the virus has seriously affected the Russian financial markets”, — stated in the review expert.

In her view, in March “the market continues to be affected by three critical factors”.

First, Milchakova believes the pressure will provide “the consequences of the spread of coronavirus in the world.” “According to IMF forecasts, the growth rate of world GDP in the first quarter can lose up to 2 percentage points per annum. Hardest hit, the tourism industry and passenger transportation, as well as have associated with this serious threat of reduction of demand for fuel and falling oil prices. Until the news that in China and other countries the outbreak of the virus began to decline, the negative impact of this factor on the global economy, and hence on the exchange rate, will be felt in full,” warns the analyst.

In addition, she drew attention to “the state of the oil market.” “Brent crude oil in February fell by almost 7%. March 5 and 6 in Vienna to be held the next meeting of member countries of OPEC and OPEC+. These meetings will address the question of the extension of the terms of OPEC+ at least until the end of the first half of 2020, and also recently made Saudi Arabia a proposal to reduce oil production by an additional 1 million barrels per day. If the decision on the extension of the deal, OPEC+ will be accepted, and even more if OPEC members+ decide to cut oil production further, this situation is likely to deploy a weak oil market at least short term, and, accordingly, provide little support for the rouble”, — the expert emphasizes.

The third key factor is what she calls the interest rate in the United States. “March 18 open market Committee U.S. Federal reserve will announce its decision on interest rates. If earlier, American analysts predicted that the fed will return to lower interest rates until April, but now increasingly in the media and social networks there are predictions that the fed may cut rates already at the March meeting. If this happens, we expect that rates could be lowered by 25 basis points to 1.25% and 1.5%. This decision, if adopted, might weaken the dollar and help at least short-term strengthening of the ruble”, — said Milchakova.

In General, it expects that “in the best case, the situation on world financial markets in March, may stabilize,” but “to return to growing trend is out of the question”. This month, predicts the analyst, “the dollar show widespread within 63-69 rubles, and euros — in the range of 69 to 75 rubles.”