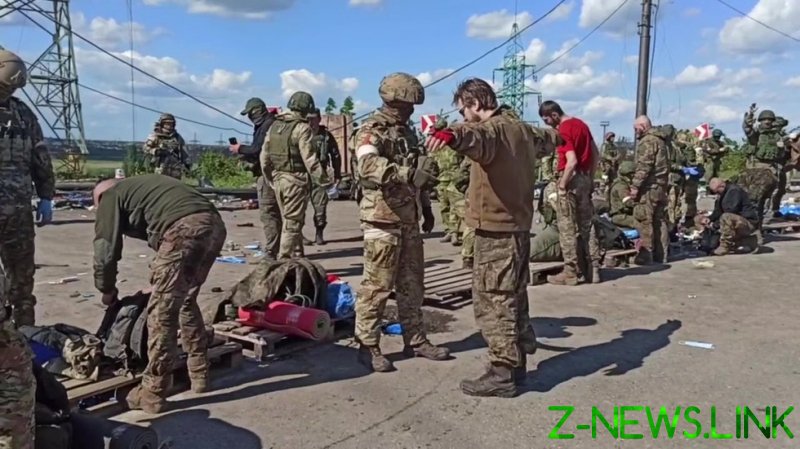 The Ukrainian troops and members of the neo-Nazi Azov Battalion, who had been holed up at the Azovstal plant in Mariupol for weeks, surrendered to Russian forces on orders from Kiev, Ukrainian President Volodymyr Zelensky has claimed.

“The guys had received a signal from the military that they have every right to come out and save their lives,” Zelensky told Ukraine 24 outlet on Friday.

Russia had announced the full liberation of Azovstal on the same day, saying more than 2,400 Ukrainian combatants, including their commanders, had surrendered during the week.

They laid down their arms without any preconditions following talks with the Russian forces, according to Moscow. Wounded fighters are being treated in hospital, while the rest have reportedly been taken to penitentiary facilities in the Donbass. 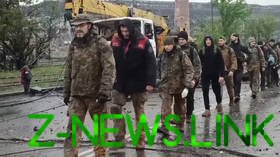 During the siege of the steel plant, Moscow insisted that those inside were suffering heavy losses, lacking food and water and wanted to surrender, but couldn’t do so without the approval of the Ukrainian government, fearing that they could be court-martialed. But Kiev had been reluctant to give the necessary order.

Zelensky claimed that Ukrainian intelligence services had overseen what he described as the “withdrawal of the defenders of [Azovstal], the preparations for dialogue, exchange and so on.”

“We’re going to bring them home,” he said of the surrendered fighters. However, the president added that a lot depends on whether the UN, the Red Cross and Russia follow through on their commitments.

Despite Kiev earlier saying there was no way for it to help those inside Azovstal by military means, Zelensky said he’d had been in talks with foreign partners to supply weapons that could allow the Ukrainian forces to reach the steel plant. 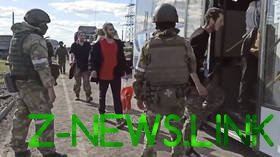 Many Ukrainian pilots also died trying to make their way to Azovstal, he said, adding that there were plans to airdrop drugs and food at the plant.

“A lot of things were happening that none of us could comment on officially. The aerial corridors to Azovstal were lacking because of the strong Russian air defenses,” the Ukrainian leader revealed.

Mariupol has seen the heaviest fighting since the start of Russia’s military operation in Ukraine in late February, suffering immense destruction. Moscow announced the capture of the strategic port city a month ago. Azovstal had remained the last pocket of Ukrainian resistance in the area, but the steel plant and its massive underground network has now also fallen under Russian control.