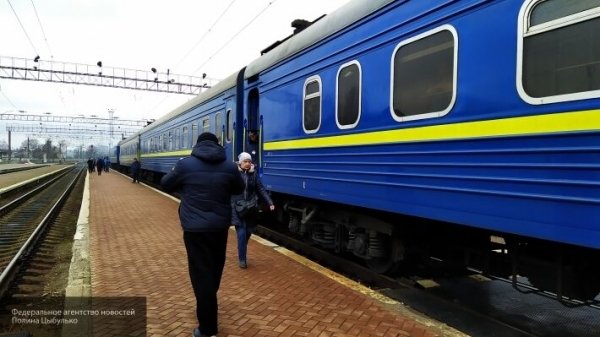 At Kiev train station arrived a special train from Moscow, which brought home several hundred Ukrainians. About it reports the edition “Strenia”.

Part number 905 arrived on the pre-blocked ninth platform Metropolitan station. On the spot duty police officers and doctors. On arrival at the wagons began to come, the guards and doctors in masks and protective suits. It is noted that the train arrived in Kiev late. At Piron greeters was not allowed, saying that they must wait for their relatives outside the station is a precaution due to the coronavirus.

“Mom said that during the trip they have measured the temperature. I just called her, now they pass passport control, then they will begin to measure the temperature. After that we go home. Mom’s private home where she can spend two weeks in isolation” – said “the Country” Elena, who came to meet my mom.

In addition, according to local media, Ukrainians, who came from Moscow, began to produce the train, which is more than two hours stood closed on the platform of the Kiev railway station. Many complain that the transport to go to the regions, no one is organized. In addition, some compatriots evacuated from Russia, the Ukrainians surly said about their arrival. For example, the journalist of TV channel “Gromadska telebachennya” Bogdan Kutepov on their official page in social network Facebook called arrived from Moscow train “coronavirus”.

“Coronavirus train from Moscow arrived at the station” — he wrote. 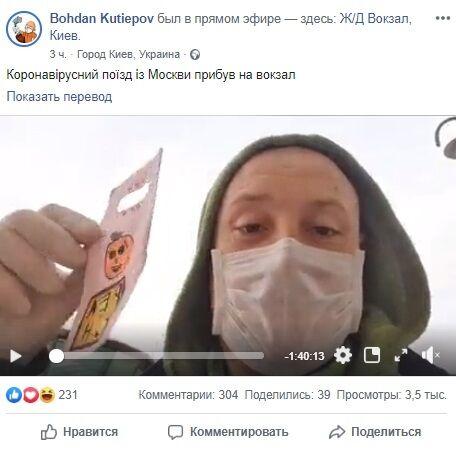 It is noteworthy that in comments Ukrainians supported the journalist and began to release a sarcastic joke to his compatriots, who arrived home from Russia: “Turn the train back”, “why so many police tightened? Once these “collaborators” will be to pack?” “The horror. Did not need this train. But our Pro-Russian President could not do otherwise”, “Yeah, they’re coming during the war to Russia to earn money, and we now need to take? I had to leave them here, they are not welcome here”.

Note that on March 28, arrived in Moscow on a train from Ukraine. The train route without stopping. Stated that way, the passengers passed the border and customs inspections, as well as physical, forces of staff of the CPS. In turn, the Russians thanked the government for the good organization of the evacuation of the Ukraine.