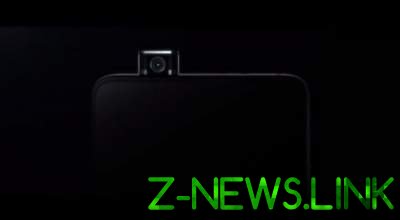 The smartphone was shown in the commercial.

About it became known the other day from one of the Directors of the company. When presentation, is still unknown.

It was suggested that the new product will be the Xiaomi Mi A3, but it seems that it is not true. The social network Weibo, the company published a teaser of the device is a flagship smartphone under the brand Redmi with leaving the front-facing camera.

It is worth noting that the smartphone was shown in the promotional video along with the trailer for “Avengers: Finale”.

This is an allusion to a special version of the device. As the head of the Indian division of the company talked about the smartphone with the Snapdragon chip 730, and the head of the brand is about the Redmi device on the basis of SoC Snapdragon processor 855, it can be assumed that the novelty will be released in two versions. First announce in the next two weeks. The smartphone will receive energy-intensive battery on 4000 mAh battery, NFC chip for contactless payments and Google Pay double or triple major from the 48 megapixel sensor Sony.