Home / economy / With one motion. The problem of unsecured U.S. dollar can be solved at the expense of the rest of the world 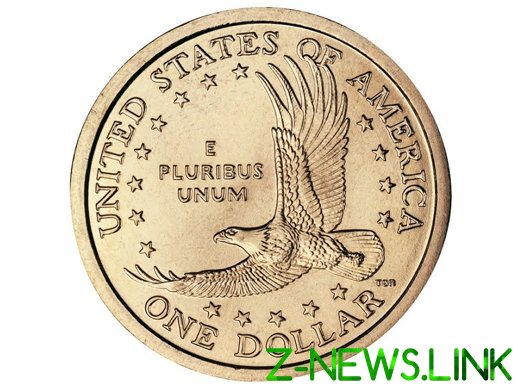 Let’s try to answer the question that is before the financial authorities of the United States: how to properly “throw” all holders stored mainly abroad cash American currency, but so that the external standards have been met? There are many options, but they are all in varying degrees can cause a negative reaction of the world community and the American population. So the first is to analyze the current situation.

From 1 gold dollar of 1913 in the present paper there are only 1 cent. The bulk of dollars in cash stored outside the United States. Anti-money laundering, U.S. law called FATCA, among other things, provides mandatory control over all transactions in excess of 10 thousand dollars. One of the strategic goals, which have set themselves the authorities and the bankers to drive all non-cash payments. To do this fully is hardly possible, but sharply reduce cash transactions, it is desirable and possible in principle. Since modern currency is unsecured, its production rapidly will not just continue – the pace will increase.

Can you solve all these problems and, if possible, in one motion? Yes, you can and one denomination. Cut two zeros and get a picture of 1913 with a Cup of coffee for 5 cents, a tank of gasoline for 20 cents, an ounce of gold for 20 dollars for 200 and a new house for 3000 dollars. And it goes beyond that. Former cotenna piece of paper turns into metal 1 new dollar. Limits mandatory controls for Bank transactions automatically reduced from 10 thousand to only 100 new dollars. Given the growing inflation, this value will be passed rather quickly by the vast majority of calculations. In other words, the control can be implemented not only the largest, but virtually all customer transactions.

For all small payments from ordinary Americans remains metal coin, while paper notes have to be in a certain period – three days or, say, two weeks deposited into your Bank account. However, their owners when exceeding a certain established by the us authorities amounts will be required to prove the legality of their origin.

With the population of the States is solved quite simply. In the hands of ordinary people paper cash or no, or very little. As for foreigners, the issue of proof of legality of their available American cash can automatically turn into an “unsolvable” problem. The American authorities can choose to accept or not to accept the documents confirming legality of an origin of cash, no matter how correct they may be.

The reason for failure is quite respectable – anti money laundering FATCA or, as in Russia, 115-FZ. Who is to blame for the fact that foreign banks do not find out properly the legality of an origin of cash for their customers? Americans? No. It’s all European, Asian and Russian banks and let their customers deal with them and understand. This immediately cuts off the Mexican drug cartels, the Italian mafia, Chinese triad and shadow banking sector of China and also the mass ordinary are law abiding holders of pieces of paper with pictures of dead American presidents, who believed that these wrappers real money.

The beginning of this year and it was extremely difficult, but this does not mean that its continuation will be easier. In the United States – it’s an election year, so the holding actions are possible in the denominations of U.S. currency, in principle, possible in the near future. In modern conditions the lack of international tourism and travel between countries to conduct such action would be especially useful. Virtually all sit at home and non-resident foreigners will not be able to exert a significant influence on cash flow in banks in the United States.

This mechanism gives US solid advantages. The most important thing is that all this can be done within the law, and no one mind can not do anything. Legitimate operation of a sovereign country. The result is cash kept to a minimum. Calculations are under the strict control of the authorities, banks and tax authorities. And those who disagree with US policy, foreigners will be punished.