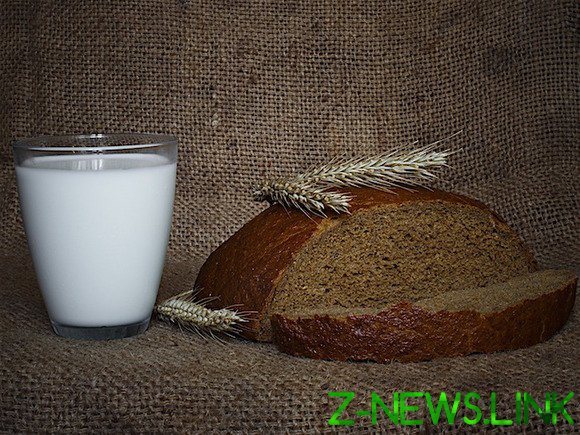 Listen, and what is the scheme of a rise in price of domestic products? Import-all more or less clear. Rose cursed the dollar before death to advance his casket to the delight of the world not to get involved, agonizing Euro was swollen scary, not to know already — and then overseas any offal caught up and pulled up his nose. We say, are not born shit. Well, okay, God is with them as with foreign ones. Me our surprise.

Here is a chicken. And even if the broiler chicken. Was born, grew up and were innocent victims on the territory of Holy, God-kept, cute my almost heart Russian Samara region. He has never been to your country, his life fleeting treated strictly in their native land and it is her living nemurasete received, in other words the mixed feed and other feed grain, well, or whatever they are fed now?

The grain is on the floor of the Volga expanses were sown, raised and shook our native, local farmers-farmer in any way, as we all here well know, was and will be Russia-mother. Flesh for and blood with the milk Bush.

Sold it, my dear, your grain kurosawai for a full-fledged Russian ruble. Well, maybe not directly sold, and through a complex scheme of cunning fellows from the murky world of trade, but all are not through Canada, drove and not on the Australian coast spent. All within one area. Well, the maximum of the neighboring Saratovky or Simbirsk dragged the bags. Around here all we have.

Tucked harvester but the tractor your farmer diesel fuel, domestic tailoring, produced in the form of oil from the bottomless depths of his beloved homeland, the passion for these depths rich and generous.

Hands after the labors washed under running tap water native. Kettle with her well — boiled in the native natural gas extracted from the same storerooms of nature that the previously mentioned oil. Lit home energy-saving lamp, electricity receiving Soviet wire straight from the Zhigulevskaya HPP, which my grandfather built, when it after the war imprisoned and sent to revive the economy.

Phone except that the combiner imported? Well, he’s still a year and a half ago I bought back when the dollar was 60. So that doesn’t count.

And it appears that all native neighborhood, and fields, and fields eared, and the tractor “Belarus” one thousand nine hundred and eighty-eight buildings, and broiler chickens are dumb, and aunt-attendant all the same, and in the end bird on the foam tray and vacuum upakovochke store walking distance has risen. And breast rose. And cottage cheese, our, native, Russian Orthodox cottage cheese — has risen.

Ask — why? Answer — and you, mister, unless the exchange rate did not read? No, answer! Do not read it! Banned in the scoreboard with this stuff now, and thank God! And you Internet, log on and read, not appeased merchants. I have something, I answer them, will be included. And in Internet, and much more interesting even enter, don’t hesitate! Kura Samara you why rose? What is a dollar? Hello! Samara region!

Silent. Turn up their noses and just so quietly hiss — don’t want don’t take! And where to go.

A man on the ground and buckwheat to eat, and Kuru, and cottage cheese, drink milk furiously. Take of course. Take and wonder.

And seeds? Sunflower seeds, which I’m ashamed to say, and not without pleasure, nibble on a country porch? And pies in the bakery? A brew?! Even berries have attendants from the country — and they took over the corrupting miasma raging in foreign currencies!

And what happens? The dollar was stormy and feverish, and suffer from their frills simple Russian (well, almost) people who are forced to pay for their own, their native blood in increased volume! How long?