Home / Game / What we know about the shooter Battlefield V

What we know about the shooter Battlefield V 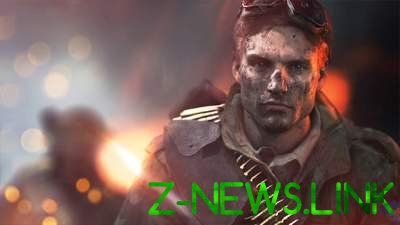 The EA showed Battlefield V, the release is appointed to October 19, 2018.

Fashion in video games, as in the fashion industry, got the property back. Five years Call of Duty and Battlefield have given to players games about “modern warfare”, but I guess it’s time to go back to basics. The EA showed Battlefield V, the release is appointed to October 19, 2018.

But we now know more than I should. Today you will learn everything there is to know about the setting, new modes and features Battlefield V.

Battlefield V returns the series to the roots, telling the story of the Second world war. After the 2000s, setting the players are tired, but because of the glut of “new war,” he again looks interesting. The game’s plot will focus on the armies of Europe and Britain. The players throw to the battlefields of North Africa, the Battle for Rotterdam, as well as the occupation of Switzerland and Norway.

The plot in Battlefield V is not a standard story campaign, and the individual chapters. Single player is stuck in the mode of War Stories in which players will learn the history of specific characters. The first thing to tell about women’s resistance group from Norway. Fans have already indignant about this, but the head of design Alan Kurtz said that the game was never authentic.

“There are other more authentic game about the Second world war, from Day of Defeat to Post Scriptum… let’s Not forget that the first Battlefield of the Second world war (Battlefield 1942, approx.) had the jet pack in addition, and Russian, used or Japanese MP18 SMG. We want to create the most exciting experience that can create, and it makes us [close eyes] on some physical and authentic elements. We also want (game – ed.) were fascinating in the long run… I’m sure we got to the point. Not for everyone, but got,” said Kurtz.

A single company and Tides of War

The plot of Battlefield V is over in North Africa, the Battle of Rotterdam and the occupation of Switzerland. In the future, DICE will release a new story mission for Tides of War. This is a brand new service that becomes available after purchasing the game. Every 2-3 months there will be made a new story assignments, transient events, competitions and awards.

In Tides of War you can grab unique rewards, including items for customization of characters and vehicles and weapons and gadgets. The service will replace the paid DLC and “season pass” that DICE decided to throw out Battlefield V. Now the game will gradually grow into content, and gamers will not have to continually buy add-ons.

Battlefield V, the co-op mode Combined Arms. Players will join a team of up to four people and complete quests. The game will randomly assign the conditions, and every battle becomes unique For successful completion is based on awards that operate in other modes.

This also applies to characters who you can choose gender, appearance and class. Winning in different modes, players will get items for customization that can beautify your soldiers and better weapons or equipment. DICE took a deep system with a tree. Weapons and vehicles has its own skill tree that you can develop for yourself.

For example, you can add more armor to tank at the expense of mobility. Interestingly, you can create multiple sets of skills for guns and equipment, and switch between them on the screen of the Renaissance. Besides weapons rasplachivaetsya in any order. No need to open three guns to get to the right just unlocks it for the points.

New guns, vehicles and items for customization are purchased with in-game currency. “Bucks” are earned for completing missions, daily challenges and Special missions. For their performance, players receive currency, points and items that you can unlock through the game. Besides, EA has no plans to enter luchbox in the game, at least in the beginning.

Battlefield V added a new mode for Grand Operations, but there were also the usual Conquest, Team Deathmatch and Domination. In the Grand Operations of the battle of the last four games of the day and divided into phases. Phase 1 – players desantiruyutsya on point, phase 2 begins kneading phase 3 – fight for the point. Phase 4 makes Battlefield V in the battle Royale. Players leave one life and a limited amount of ammo. The winner is the team who first destroy the enemy unit.

The changes were made and the game balance. Now the fighters return to the battlefield with fewer rounds and ammunition. It is assumed that soldiers will call for backup or to collect ammunition from dead enemies. To revive companions now can do everything, but it will take more time than the medic. Besides it will recover all health. Also now you can’t regenerate health, and fully cures only kit.

Battlefield has always been famous destructible environments, and now this chip brought a new level. Buildings were completely destroyed and the flying debris can even kill. The walls are now exposed and you can shoot the opponents who had barricaded themselves in the house. At the same time, players can build buildings, or improve the defense.

Can build everything, but only the support class will succeed best. As in the case with the medic, it takes a longer time the ordinary soldier. No one is stopping any fighter to set in the gun, which he pulled off from the enemy base.

The release of Battlefield V was appointed on 19 October 2018, but DICE has published the minimum system requirements for the game. Now you can customize your PC for the new Battlefield to release, if necessary.

If you are already interested in the project, you can pre-order the game. So you will get access to closed beta and Goodies for multiplayer. Besides pre-ordering the Deluxe Edition for $80 you will be able to play Battlefield V for 16 October. Add to that five sets of clothes parachutists, special assignments and 20 boxes of supplies, which were Packed items for customization. In advance to play Battlefield also Oct 11, via EA Access First Play Trial.