Home / photo report / What to eat on Christmas in different countries. Photo

What to eat on Christmas in different countries. Photo 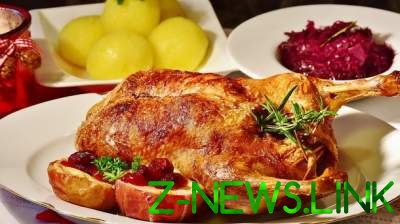 Everyone loves to eat.

Christmas is coming – Christmas day 25 December and the Christmas of Eastern Christians on 7 January. In different countries there are traditions of celebration, and treats on Christmas Eve – Christmas eve. We offer you to look at a traditional Christmas table in various parts of the globe.

In Ukraine, on Christmas eve, cook 12 dishes, among which should certainly be kutya and dumplings with different fillings. 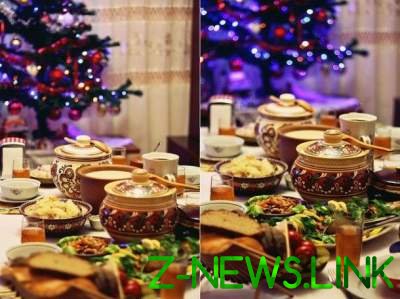 The Swiss strung pieces of meat on a long fork and dip them into the boiling broth to cook it. Then the meat is served with French fries or potato chips, and various sauces. 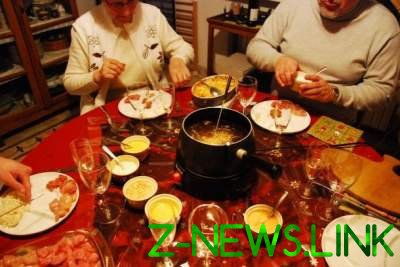 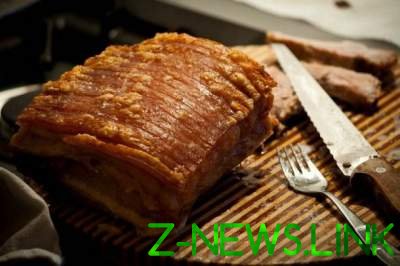 In Portugal dinner on Christmas eve is called “consoada” and consists of bacalhau (dried salted cod), boiled potatoes, boiled eggs, boiled onions, boiled chickpeas, boiled cabbage and other greens, drizzled with olive oil and a sauce of sliced onions, garlic and parsley. Another traditional dish is polvo à lagareiro (grilled octopus) and batatas a murro (mashed potato, which is baked in the oven with garlic, parsley and olive oil). 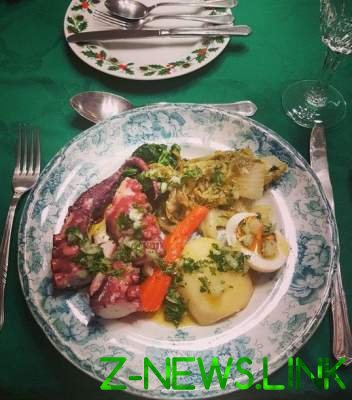 In the UK traditionally eat Turkey (but sometimes it can be goose or chicken) cranberry sauce, Brussels sprouts, pigs in blankets (small sausages wrapped in bacon), roasted carrots, potatoes and parsnips. 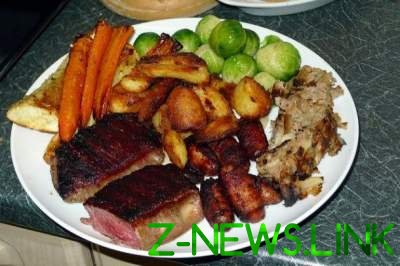 In Poland Christmas Eve is traditionally eaten soup with dumplings. 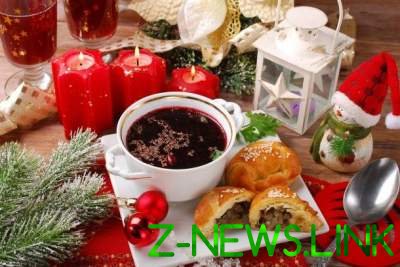 In Guatemala at midnight just before Christmas to eat tamales – tortillas made of corn flour wrapped in corn leaves stuffed with minced meat, cheese, fruit, or vegetables prepared on pair. 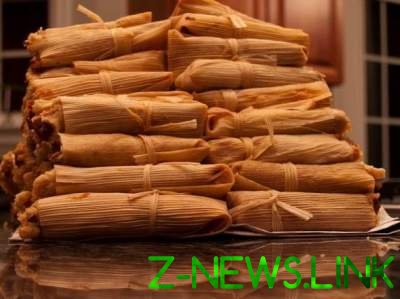 In New Zealand on Christmas eve, eat whatever you can cook on the barbecue. Special menu item – cake-meringue Pavlova. 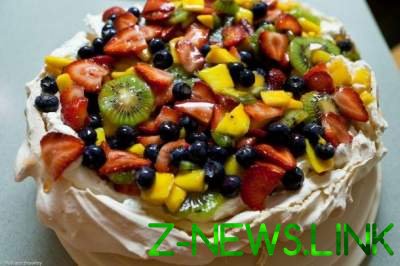 On the traditional Christmas table in Sweden you will find ham, meatballs, sausages, various types of herring, smoked salmon or eel, red cabbage, Brussels sprouts and “the Temptation of Jansson” (potato gratin with anchovies). 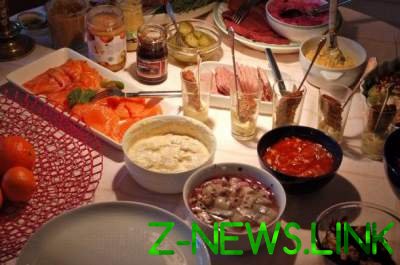 In the Philippines, Christmas Eve or Noche Buena, usually starts at midnight. For the holiday table usually cook a ham and a side dish of spaghetti or rice. For dessert, Filipinos eat fruit salad made from grapes, apples, cherries and tropical fruits such as papaya and pineapple and flavored with a mixture of cream and condensed milk. Prepare milk flan – a dessert, a close relative of the crème brûlée. 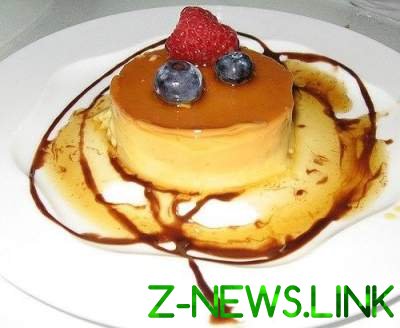