Home / WORLD / Wayne Dupree: Congress should be Calling the Biden administration into hearings over the border crisis

Wayne Dupree: Congress should be Calling the Biden administration into hearings over the border crisis 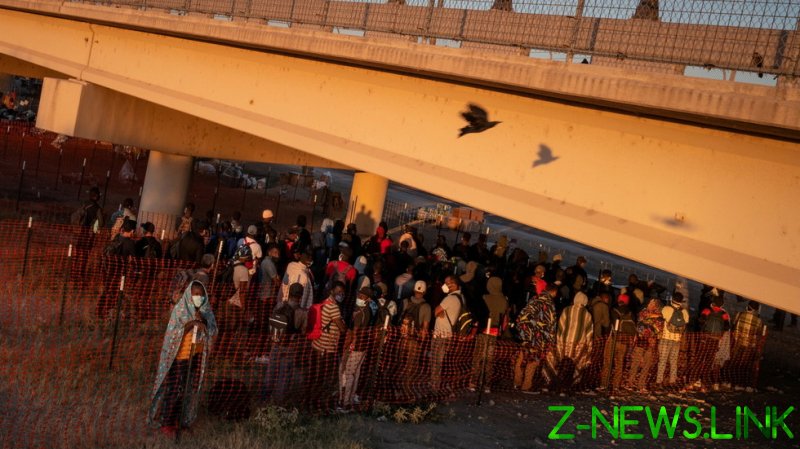 You might have missed this over the weekend, but the Biden Administration chose to remove border wall contracts while using all the unspent cash on environmental projects instead – including “biological, cultural, and natural resource surveys” in the border region, according to the statement. Think about that and you will probably come to the same conclusion – this nation is screwed.

The problem with our country is that we, the people, are the only ones that are held accountable to the rule of law. In Washington, our laws and our constitution do not apply. Especially for the left. Just because these people call themselves lawmakers, does this mean they are above the law? It’s about time we hold our lawmakers accountable for their actions. This has to happen, or our entire democracy is just a sham.

We are living through Barack Obama’s third term and Hillary Clinton’s first. Obama was at the front end of transforming the USA into a quasi-socialist dystopia and made significant progress. Hillary was meant to continue, but Donald Trump slowed their progress and revealed to the masses the true nature of Democrats. It is obvious Joe Biden is not in control, and the Obama holdovers are running the show and continuing their mission to wreck the country.

Biden’s Homeland Security Secretary, Alejandro Mayorkas, was born in Cuba, and acts for the benefit of Cuban and other foreign countries, NOT for the benefit of America. Do you see where I am going with this? One of the major problems we have in the U.S. today is there are many foreign born in high-level government positions that their loyalties are not only to Americans.

Mayorkas once said “Our borders are secure.” It was an intentional lie or, if he actually believes that, his incompetence is off the charts. My front door is secure when I lock it and no one can enter; the vault at my local bank is classified as secured because the door is locked and the vault is part of the building and cannot be removed. The gate area of an airport is secured because everyone there has passed through a security checkpoint establishing that they may be there and that they have brought no contraband with them. When tens of hundreds of thousands of people can freely cross into this country either undetected or detected and not detained and searched, that isn’t secure.

Mayorkas is the embodiment of the Biden Administration’s wanton disregard of our nation’s immigration laws, including their refusal to obey an instruction from the US Supreme Court to resume Trump’s highly effective ‘Remain in Mexico’ program. Both are failures as far as the eye can see and that can’t be disputed.

The situation at the border is obviously out of control and will do nothing but get worse as time goes on. Why this administration has not been called to account not only by Congress but by the media is proof positive that the fix is in. Then there is Kamala Harris, who has allegedly been directed to work on a border solution, but doesn’t even feel the need to attend meetings or visit any section of the southern border to observe and look for solutions. It is an abomination.

Open borders are by design, to fill up our country with ‘undocumented’ Democrat voters. Everything is being done to further that goal while claiming that the borders are closed. It’s treachery.

The cartels are now literally at the borders, mocking border agents, and are testing waters to see if they can go across unhindered. They are bringing in their armed forces with heavy weapons and gear and are preparing to take over border cities.

Meanwhile, China is pushing closer to the borders of Taiwan and, from what I hear, are thinking about making their way into Nepal and northern India. They also have a score to settle with Australia, which was the first country to demand an investigation into the Wuhan lab.

When the next Republican president is elected to office, if that ever happens, they should seek to deport the same number of illegals being allowed to enter our country through the Biden-Harris Administration’s open border policy. This year it is on track to be two million. Start with any illegal who has a criminal record. Most serious charges first. Then any illegal who is receiving government help.

Start with the ones using the most resources and work your way down the list. I am trying to wake you up to this. Until we, the people, elect individuals who give a damn about the country and those of us who inhabit it, this country will never move forward, ever.