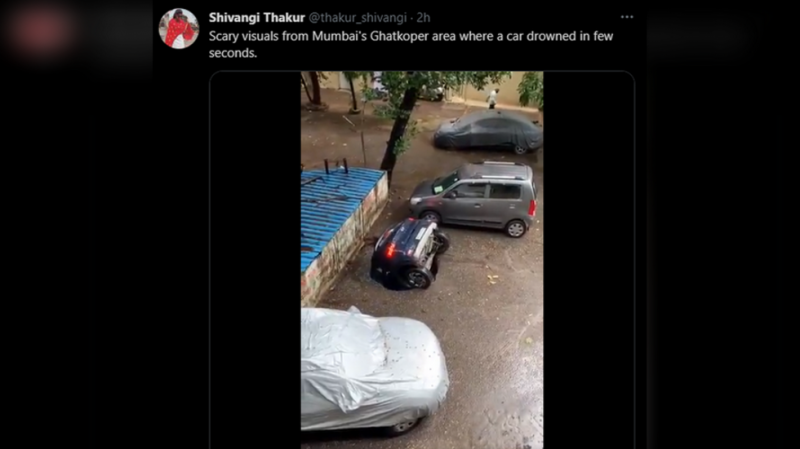 Footage taken by an onlooker shows the front of the vehicle sinking into a hole filled with water. The car then goes straight down into the sinkhole, with the pool of water completely consuming it.

According to media reports, the car lot was previously a well that had been covered over with concrete. It’s believed that torrential rain caused the surface to break apart, creating the vehicle-consuming sinkhole.

Luckily, no one was inside the car at the time of the incident, and no injuries to onlookers were reported.

However, the local authorities are now being questioned about why the well had not been better sealed.

Mumbai and other parts of coastal Maharashtra state have experienced heavy monsoon rainfall in the past few days, leading to waterlogging in some areas. However, this is the only known case of the storm having led to a car being swallowed whole.

Sinkhole-related accidents are reported periodically across the world, with some leading to fatalities. In January, six people were killed after the ground gave out under a bus in northwestern China, creating a massive hole into which the vehicle and its commuters dramatically dropped.