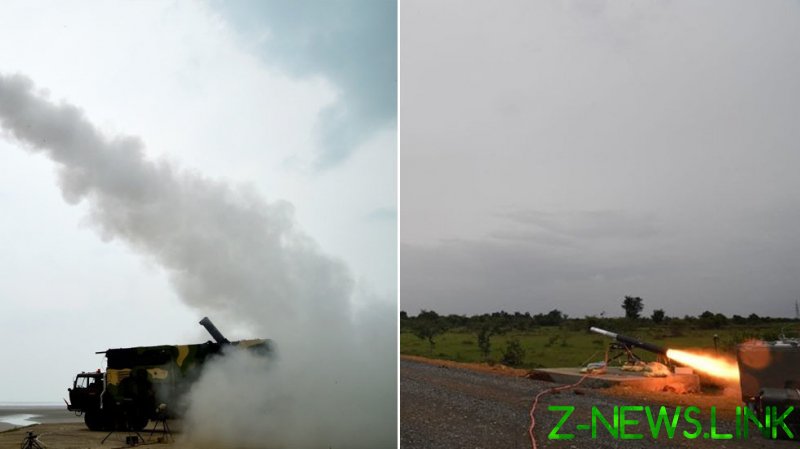 In press statements on Wednesday, DRDO, India’s department for military research and development, expressed its delight in the results of two missile tests – one a Man-Portable Anti-Tank Guided Missile (MPATGM) and the other a new generation surface-to-air missile called Akash.

The anti-tank missile was launched from a man-portable launcher and hit its target, a fake tank, destroying it with “precision”, the defense group said. The statement asserted that the test achieved all of its set objectives, verifying the minimum range of the missile, having already been tested for maximum range.

The projectile is fitted with a Miniaturized Infrared Imaging Seeker as well as advanced avionics, according to its developers.

The DRDO also said it successfully flight-tested its new generation Akash Missile (Akash-NG). The surface-to-air missile was fired from the Integrated Test Range, near Odisha in eastern India.

The missile, which was watched closely by representatives of the Indian Air Force, performed “flawlessly”, according to the DRDO statement. The defense body said that the projectile demonstrated the required manoeuvrability to neutralize fast-moving objects such as inbound missiles and aircraft.

India has prioritized the development of indigenous defense equipment in recent years, unveiling new military hardware again and again amid increasing tension with neighboring China and a push to develop domestic capabilities across multiple Indian industries.

Next week the Indian navy is set to undertake drills with the UK’s carrier strike group, led by fleet flagship HMS Queen Elizabeth, in the Indian Ocean. The British naval group is currently on its way to Japan, where it will patrol the surrounding waters to counter Chinese territorial activities in the region.