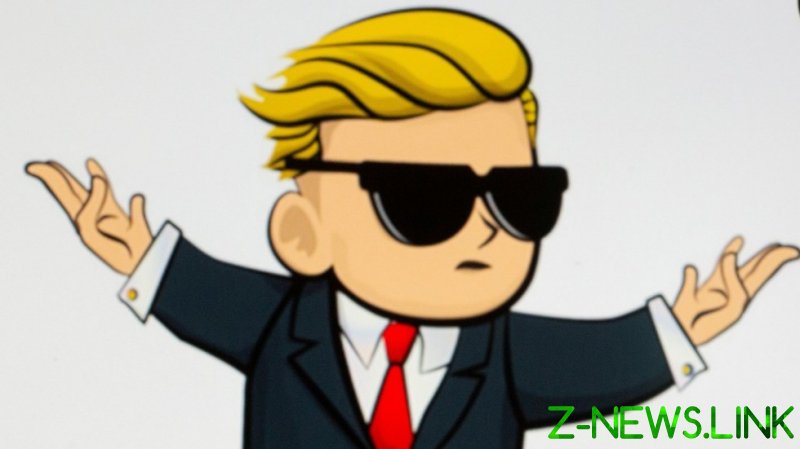 However, the price and the growth rate of the token on CoinMarketCap seem to have remained unchanged for at least two days.

With the website even showing the number of tokens in supply as well as its market cap, like it does for all listed cryptocurrencies, WallStreetBets coin is not a real asset. The coin’s page features information about the subreddit it was named after as well as a brief history of the GameStop saga, when retail investors decided to beat big hedge funds at their own game.

Earlier this week, WallStreetBets fever boosted the price of the not so popular token Dogecoin. At some point, the Shiba Inu-themed token rallied nearly tenfold, and it was still up over 200 percent over the past seven days as of Sunday, according to CoinMarketCap. Dogecoin surged as Tesla founder Elon Musk, who touted support for the WallStreetBets community, posted a ‘Dogue’ magazine cover on Twitter. While the world’s richest man did not explain the image, it was apparently perceived as a reference to Dogecoin.

The interest in the token was also driven by the ‘chairman’ of MainStreetBets, who took to Twitter asking about Dogecoin. As the currency started to tumble after gaining over 1,000 percent, users on the Reddit thread that describes itself as “the crypto version of WallStreetBets” – SatoshiStreetBets topic – called on fellow members not to ditch the coin.

Investors united on Reddit as they saw that hedge funds were betting against American video game retailer, GameStop, and were short-selling its stock, basically capitalizing on the company’s demise. The users launched a flash mob, gobbling up the firm’s shares and driving their price to dizzying heights.

However, the investors’ attempts to take on Wall Street stumbled upon restrictions imposed by trading app Robinhood, which imposed a ban on buying the stocks earmarked by the Reddit investors. The app also enforced restrictions on cryptocurrency trading, citing “extraordinary market conditions.” The app later was seen limiting buying of dozens of shares and found itself in hot water, with users accusing it of market manipulation.