Volkswagen will develop a new modification of the crossover T-Roc 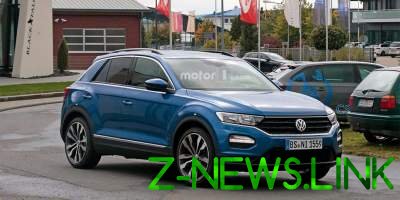 The car will be equipped with 2.0-liter petrol engine with recoil more than 300 horsepower.

Volkswagen will develop a new modification of the crossover T-Roc high power. The car will receive the prefix R in the title and will be presented next year. At the moment, the novelty is already being tested on the Nurburgring. Spy photos were first published edition of Motor1.

According to unofficial data, the car will be equipped with 2.0-liter petrol engine with four cylinders. The same Assembly is supplied with the Golf R. the power of the motor will exceed 300 horsepower. Also, the crossover will receive system of a full drive and retuned suspension.

As for the design, then the changes will be minimal. Judging by the pictures, the car will complement the other optics and sports exhaust system.

The official premiere of the standard version of the compact crossover T-Roc took place at the Frankfurt motor show. Overall length of new items was 4234 mm width 1819 mm and a height of 1573 mm. It is 252 mm shorter, 11 mm wider and 131 mm below the Tiguan crossover of the second generation. The Luggage compartment volume is equal to 445 liters, but with folded rear row of seats — 1290 liters.

The basic version of the machine has received a three-cylinder engine capacity of one liter is paired with a six-speed manual transmission. In addition, the petrol line included 1.5-litre turbo engine, 150 HP, combined with the “mechanics” or seven-step “robot” with two clutches. This version is available both in front and all-wheel drive. The top variant has received a 190-horsepower two-liter unit, robotized transmission and all-wheel drive.

Diesel range is 1.6-liter 115-horsepower engine, working together with “mechanics”. In addition, the crossover will be offered with two-liter engine available in two variants of the force — 150 and 190 horsepower. The first would work with a manual transmission, and with “robot”, and the second — only with robotized transmission. 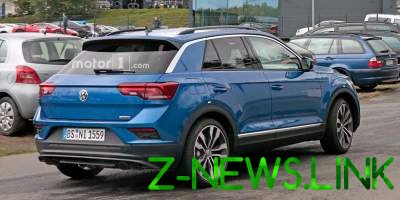