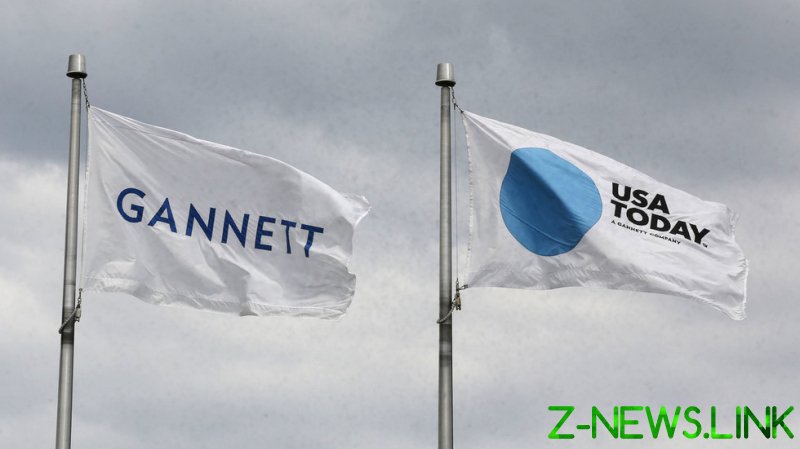 Gannett, which owns USA Today and a number of local newspapers around the US, asked a Washington, DC district court to toss the FBI order in a May 28 court filing, first reported by Politico on Thursday.

“The subpoena violates the First Amendment to the US Constitution by demanding records that would identify particular persons who read a particular USA Today news report,” the publisher said, adding that the request runs afoul of other legal protections for news outlets.

The DC district court made Gannett’s motion public on Thursday, after the case was assigned to Judge James Boasberg.

The bureau filed the subpoena in April as part of a probe into a February shooting which left two FBI agents dead and another three wounded in Florida. The order demands data on any “computers or other electronic devices” that accessed a particular USA Today report on the incident during a specific time period, including phone numbers, IP addresses and associated dates, times and time zones, among other records.

“Your company is required to furnish this information. You are requested not to disclose the existence of this subpoena indefinitely as any such disclosure could interfere with an ongoing investigation and enforcement of the law,” the order reads, adding that failure to comply may be “punished as contempt.”

While the subpoena appears to stop short of demanding names, the records could nonetheless be used to identify readers. The request, however, is limited to a 35-minute window on the night of the shooting starting just after 8pm.

According to Gannett’s court filing, the company responded to the subpoena with a letter in late May, arguing that the FBI failed to comply with Justice Department regulations surrounding government orders to the press, which require advance communication before a subpoena is sent. It also maintained that the order itself is unconstitutional and violates First Amendment protections.

The bureau confirmed that it received the letter and forwarded it to the DOJ, but has not communicated with Gannett since, the publisher said.

The shooting that ultimately prompted the subpoena came amid a federal child exploitation probe, which saw suspect David Huber initiate a firefight with agents as they attempted to serve  a warrant at an apartment complex in Sunrise, Florida. Huber killed agents Daniel Alfin and Laura Schwartzenberger and injured three others before taking his own life. It is unclear whether the FBI believes another person was involved with Huber’s alleged child sex abuse, the shooting or another crime.

It also remains unknown why USA Today was singled out for the subpoena, given that many other media outlets reported on the February shooting. A number of journalists have weighed in on the move, some saying they have never seen such a request from the government to a media outlet.

“Okay so this is a weird and creepy demand from the FBI,” said Daily Caller editor in chief Geoffrey Ingersoll. “They want the IPs of readers who accessed a specific USA Today article during a specific time of day.”

News of the subpoena comes soon after the New York Times, CNN and the Washington Post reported that ex-President Donald Trump’s DOJ seized phone records from several of their journalists in 2017. While President Joe Biden has vowed to cease the practice, calling it “simply wrong,” it appears to have continued under his administration.