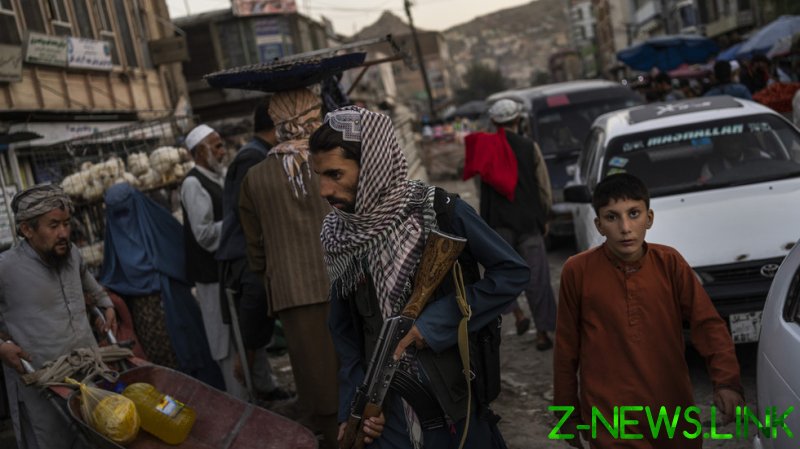 “The Treasury is committed to facilitating the flow of humanitarian assistance to the people of Afghanistan and other activities that support their basic human needs,” Andrea Gacki, director of the department’s Office of Foreign Assets Control, said in a statement on Friday.

Though US sanctions on the Taliban remain in place, the department released two licenses on Friday, with the first authorizing the US government, UN, and multiple NGOs to deliver humanitarian aid to Afghanistan via the country’s new Taliban government, the members of which the US spent 20 years fighting.

The second license authorizes aid organizations and individuals to export food, animal feed, medicine, and medical devices to Afghanistan, where the US predicts that, by next year, 97% of the population may fall below the poverty line.

While the licenses will allow the flow of aid to resume, the Taliban remains a Specially Designated Global Terrorist group, and several of its ministers are sanctioned by both the US and UN Security Council. One senior official, Acting Interior Minister Sirajuddin Haqqani, the leader of the feared Haqqani network, is wanted by the FBI, which is offering a reward of $5 million for information leading to his capture. The State Department, through its Rewards For Justice Program, is offering $10 million.

The US, along with much of the international community, has not yet formally recognized the Taliban as Afghanistan’s legitimate government. Secretary of State Tony Blinken referred to the militant group as the “de facto government” of Afghanistan when he appeared before Congress last week, but Washington has insisted that official recognition will depend on the Taliban forming a more moderate and inclusive government than in the past.

US sanctions are currently preventing billions of dollars of Afghanistan’s foreign reserves from falling into Taliban hands. The promise of releasing this cash to the Taliban is being touted by the Biden administration as leverage over the militants, but neither Democrat or Republican lawmakers are happy at the prospect of handing it over.

“Releasing money to the Taliban will add insult to injury,” Senator Rand Paul (R-Kentucky) said during Blinken’s Senate appearance, while Senate Foreign Relations Committee Chairman Bob Menendez (D-New Jersey) said it would be “somewhat absurd” to imagine the militants reforming themselves, even if billions of dollars are at stake.