Home / WORLD / US tanks will be ‘destroyed’ in Ukraine – ambassador

US tanks will be ‘destroyed’ in Ukraine – ambassador 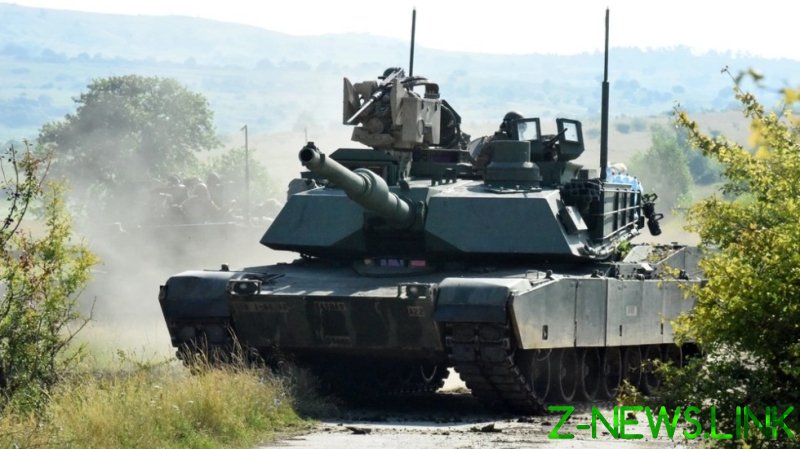 Any American battle tanks sent to Ukraine will be destroyed by Russian forces, Moscow’s ambassador to the United States has warned, after media reports said the White House now plans to supply Kiev with heavy armor despite its previous refusals.

Asked about the potential shipment of the M1 Abrams main battle tank to Ukraine, Russia’s ambassador to the US, Anatoly Antonov, said the move would only escalate American involvement in the conflict and goes far beyond offering “defensive weapons.”

“If a decision to transfer to Kiev M1 Abrams is made, American tanks without any doubt will be destroyed, as all other samples of NATO military equipment,” the envoy said, adding that “The Americans are constantly raising the ‘bar’ of military assistance to their puppet government.”

Though the White House previously rejected Kiev’s demands for the M1 Abrams – which was featured on a Christmas ‘wish list’ circulated by Ukrainian officials around the holiday – on Tuesday multiple news outlets reported that Washington had reversed course and now intends to send the hardware after all. An announcement could come as early as this week, the reports said.

While the Pentagon had argued that the Abrams is costly to operate and maintain, and could take years to reach the battlefield, officials now believe it is necessary to agree to supply the vehicle in order to persuade Germany to allow for shipments of its own Leopard 2 battle tank, according to the New York Times. The Leopard is in use by several European militaries, with around 2,000 units stationed across the continent, though Berlin must authorize their re-export to any third country.

Ambassador Antonov noted that US officials frequently preview information in the press before confirming it on record, suggesting Tuesday’s reports about the M1 Abrams were yet another example of a deliberate leak. He added that Washington is using Ukraine as a “proxy” in order to “inflict strategic defeat on us,” claiming the US has been the true instigator of hostilities.

“If the United States decides to supply tanks, it will be impossible to justify such a step using arguments about ‘defensive weapons.’ This would be another blatant provocation against the Russian Federation,” he said. “No one should have illusions about who the real aggressor is in the current conflict.”

Moscow has repeatedly urged against Western intervention in the conflict, arguing that the stream of military hardware pouring into Ukraine has only prolonged fighting and made a negotiated settlement impossible. Nonetheless, the Kremlin has said that no amount of foreign largesse would stop it from achieving its objectives, and pledged that all NATO weapons sent to Ukraine would “burn.”