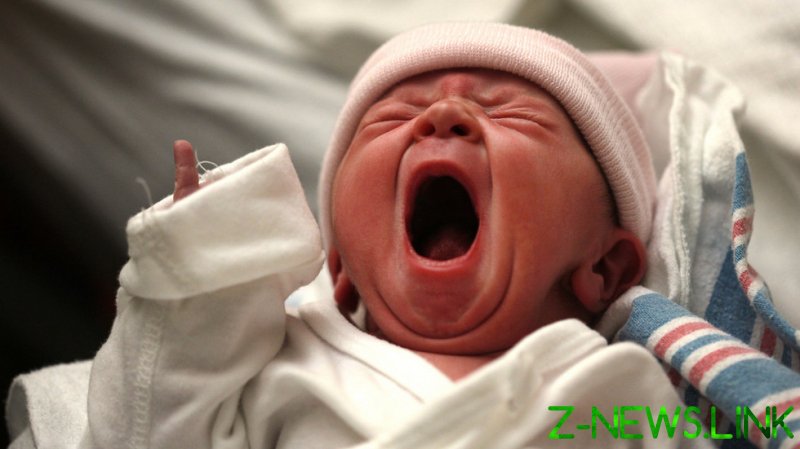 Fewer and fewer children have been born in all of the country’s states for several consecutive years, but in 2020 that number hit a four-decade record low. The number of births was down 4% from 2019, with a total of 3,605,201 births, according to figures published by the Centers for Disease Control and Prevention (CDC) on Wednesday.

The birth rate has been continuously declining since 2014, but was previously down by 2% per year on average.

The drop affected women of every major race and ethnicity, in all age groups from 15 to 44, the CDC’s National Center for Health Statistics (NCHS) figures show. The report added that the records represent 99.87% of registered births in 2020.

The steepest decline among all maternal age groupings was registered in teenage mothers aged between 15 and 19 — a fall of 8% compared to the previous year.

The Covid-19 pandemic undoubtedly contributed to the “quite striking” decline, AP reported, citing experts. The coronavirus made prospective parents anxious about both new health and financial risks. However, many of the counted births are from pregnancies that began before the US epidemic, so further research on what might have caused the increased decline is needed, the lead author of the report, Brady Hamilton, said.

The data concerns not only the actual number of children born in the US, but also shows general and total fertility rates, both of which fell to national record lows. The provisional total fertility rate – which estimates the number of births that a hypothetical group of 1,000 women would have over the course of their lives – was 1,637.5 births per 1,000 women, 4% down from 2019. The NCHS notes that for a generation to ‘replace’ itself, 2,100 births are required from 1,000 mothers.

The US rate has generally been below replacement level for decades, with fewer people being born than are dying. Other figures that show the US population growing might be confusing, considering the births and deaths data, but those wider figures include people added through immigration.