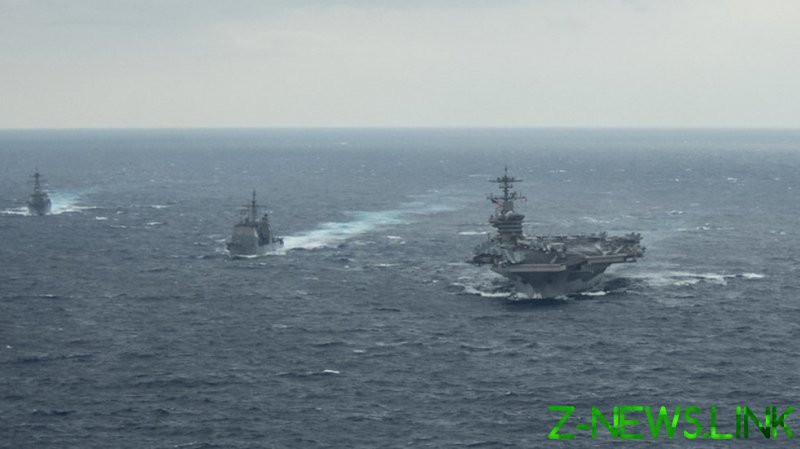 PACOM (United States Indo-Pacific Command) announced on Friday evening that the Chinese military flights over the past week “at no time” posed any threat to US Navy ships, sailors, or aircraft, according to a statement cited by Reuters.

It was unclear whether the statement was referring to last weekend’s flights of the People’s Liberation Army Air Force near the island of Taiwan – which China claims as its own territory, but has been ruled by the defeated nationalists who fled the mainland in 1949 – or whatever activity may have taken place between the Gulf of Tonkin and Leizhou peninsula, where China said it would hold unspecified military exercises at some point between Wednesday and Saturday.

While PACOM described Chinese military activity as part of a “pattern of aggressive and destabilizing behavior” – according to Reuters – Beijing earlier this week said the presence of US ships in the South China Sea was “not conducive to peace and stability in the region.” All in all, typical jargon of diplomatic sparring between the two powers.

On Thursday, however, one of the foremost US policy think-tanks published a lengthy paper – unusually keeping the identity of its author a secret – that advocated a Cold War 2.0 approach to China by the US, with the ultimate goal of preserving Washington’s global hegemony and “regime change” in Beijing.

The paper is basically a rehash of George Kennan’s 1946 ‘Long Telegram,’ which outlined the strategy of “containment” of the Soviet Union the US would adopt in what would become the original Cold War the very next year.

This ‘Longer Telegram’ urges the US to do the same in regard to China so that by 2050, the US and its allies “continue to dominate the regional and global balance of power” while preventing China from taking over Taiwan or “any other form of military action to achieve its regional objectives.” It also hopes to see President Xi Jinping “replaced by a more moderate party leadership” and have the Chinese people “question and challenge the Communist Party’s century-long proposition that China’s ancient civilization is forever destined to an authoritarian future.”

The document is an escalation in both tone and intent over the hardline statements by several high-ranking Trump administration officials – from Attorney General Bill Barr to Secretary of State Mike Pompeo – over the past year. The recently sworn-in Biden administration has quickly declared its “rock-solid” commitment to Taiwan, while Biden has previously said he aims to “restore” US leadership of “democracies” in the world against “authoritarianism.”