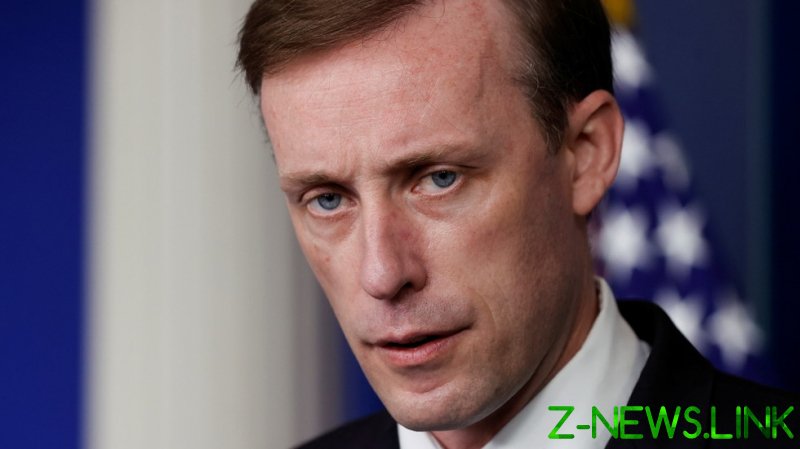 “We’re prepared for dialogue with Russia,” Sullivan said on Friday at an event hosted by the Council on Foreign Relations think tank in Washington, DC.

“We’ve had dialogue with Russia on European security issues for the last 20 years. We had it with the Soviet Union for decades before that. That has sometimes produced progress, sometimes produced deadlock, but we are fundamentally prepared for dialogue,” Sullivan continued. He added that any discussions with Russia would be held “in the appropriate format.”

Relations between Russia and the West, which have been deteriorating for around a decade, are at an historically low ebb, with Russian Foreign Minister Sergey Lavrov describing them this week as essentially nonexistent. Russia’s recent movement of troops within its own borders has prompted the US to accuse Moscow of plotting an invasion of Ukraine, accusations written off as “hysteria” by the Kremlin.

With no moves toward invasion taking place for several weeks, Sullivan claimed on Friday that Russian President Vladimir Putin “has not yet made a decision” on military action. Sullivan claimed that US intelligence agencies believe that Putin is “giving serious consideration” to an invasion.

Despite the supposed invasion’s failure to materialize thus far, the alleged threat of war has brought the US and Russia to the negotiating table, albeit not without conditions.

As Sullivan spoke, White House press secretary Jen Psaki told reporters that the US was coordinating with its NATO allies to respond to a set of proposals laid out by Moscow earlier this week, which it wants the US and the alliance to legally bind themselves to before relations can be normalized.

The Kremlin asked the US to join Russia in committing to not using the territory of other states to prepare or launch attacks on each other, to refrain from deploying nuclear weapons in other countries, and to take back any already abroad. The latter proposal would involve the US withdrawing its nuclear arsenal from friendly countries in Europe.

The text delivered to NATO focuses mainly on the movement of military personnel and material, including a promise that all signatories will not station their forces in European states that were not members of NATO in 1997, meaning former Warsaw Pact states.

The White House has already rejected any halt to NATO expansion. Psaki told reporters that the US would not block these states’ “right to decide their own future and form policy free from outside interference.”

Russia – which sees NATO’s encroachment on its borders as a national security threat – is asking for legally binding assurances as the US and NATO have previously reneged on promises not to expand the bloc eastwards. In the closing stages of the Cold War, Soviet leader Mikhail Gorbachev was assured that the alliance would not swallow up any of the Soviet Union’s former satellite states. However, these promises were broken in 1997 when Hungary, Poland, and then-Czechoslovakia were invited into the military bloc.