Home / WORLD / US is pulling out of Afghanistan, but still trying to ‘watch what’s going on over the fence,’ Russian defense minister tells RT 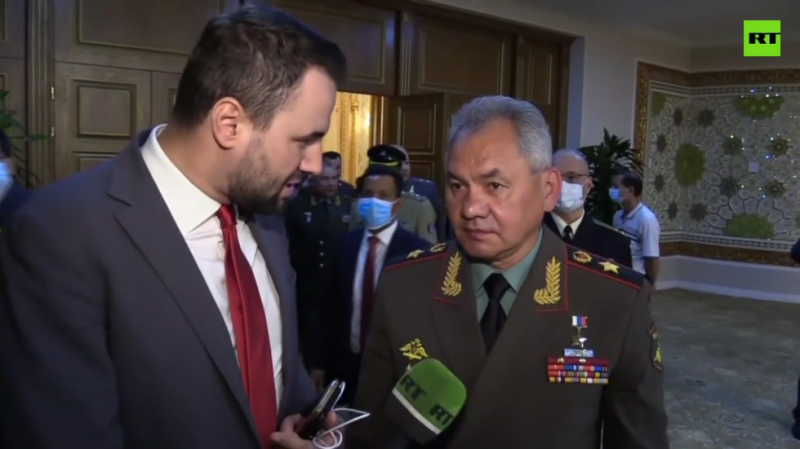 Speaking to journalists on Wednesday, the military chief said US intentions to monitor the advance of insurgents from afar indicated that Washington still has plans for the Central Asian nation long after all its troops leave the country later this summer.

“Why are you coming out if you’re still trying to watch what’s going on from over the fence?” he asked.

Shoigu went on to say that American officials are engaged in “pesky” negotiations with nations across the region to set up and maintain logistics centers and hubs for military equipment to be moved through. These could also serve to help extract Afghans who cooperated with US forces, and now fear retribution as Islamist forces gain ground. The Taliban, a prohibited terrorist organization in Russia, now claim to have occupied the majority of the country, and forces loyal to the government in Kabul have sought refuge from fighting in nearby Tajikistan.

The defense minister asked whether it was possible to “find a place where good things came of the US moving in and staying for a long time.” According to him, the chaos and bloodshed seen in Afghanistan have been seen elsewhere. “It is the same in Syria. It is the same in Libya. When non-regional players intervene, this is what happens.”

Earlier this year, Biden committed to withdrawing all American troops from Afghanistan by the 20th anniversary of the 9/11 attacks in September this year. There have been warnings, however, that the US-backed government could fail to keep control of even its historic strongholds, and the US and its allies are reportedly considering providing air support to keep back the Taliban.

Russia has committed to safeguarding the borders of neighboring former Soviet republics, such as Tajikistan and Uzbekistan, increasing its military presence in the region. At the same time, though, Moscow has held talks with Taliban representatives as part of the ongoing peace process.