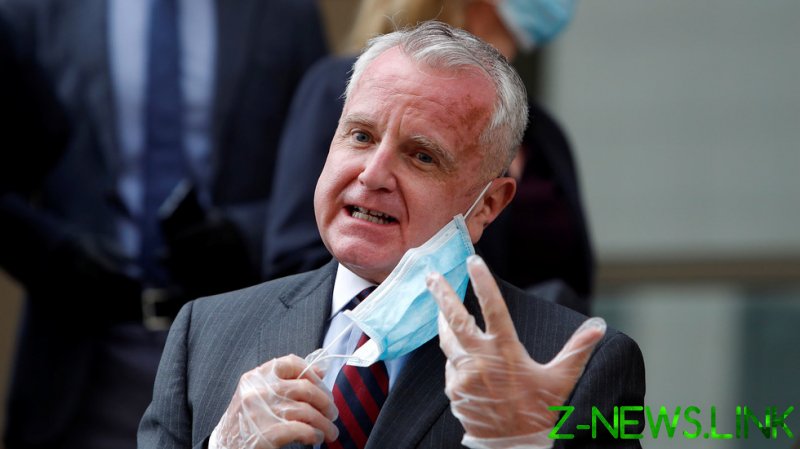 Russia’s Foreign Ministry suggested that Sullivan receive Sputnik V after the US diplomat revealed that he had asked Santa for a coronavirus vaccine for Christmas.

In a series of tweets, a spokeswoman for the US Embassy in Moscow explained that Sullivan was grateful for the offer but would have to take a raincheck.

The ambassador “would not want to take a Sputnik V dose meant for a Russian citizen. We’re grateful that two US vaccines are now approved, and already helping people fight COVID-19 across the EU, UK, Latin America, and US,” the spokeswoman explained, referring to the Pfizer and Moderna variants that are currently being rolled out in the US and other countries. The Pfizer formula was developed in collaboration with Germany’s BioNTech.

The embassy said that if the Foreign Ministry was intent on granting its Christmas wishes, it should release two former American servicemen currently jailed in Russia, Trevor Reed and Paul Whelan.

Reed, a former US Marine, was sentenced to nine years in prison in July after being found guilty of assaulting two police officers while intoxicated. Whelan, also an ex-Marine, received 16 years behind bars in June for espionage. The US Embassy has demanded the release of both men, claiming they have been wrongfully imprisoned.

The reply from the US diplomatic mission comes after Russian health authorities approved Sputnik V for people aged 60 and over. Sullivan turned 61 in November.