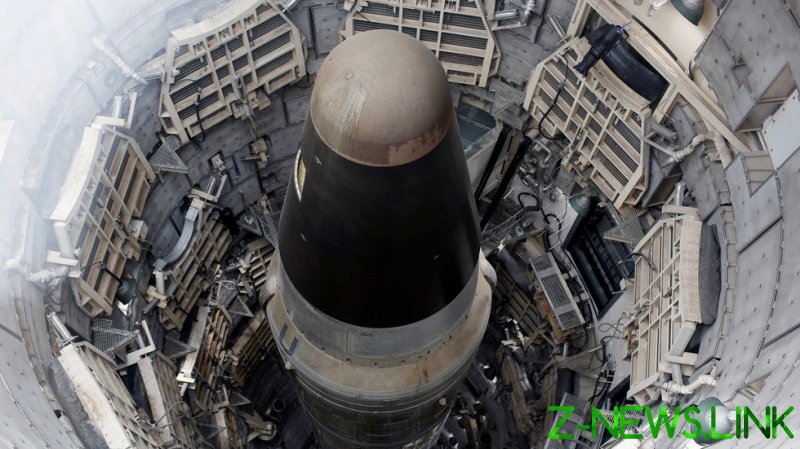 The National Nuclear Security Administration (NNSA), the federal agency responsible for nuclear research and weapons manufacturing in the US, has approved the first design phase for the new project.

At least 30 plutonium pits per year will be built to “meet national security needs,” the NNSA said in a statement on Wednesday.

The project at the Los Alamos National Laboratory, New Mexico, will cost an estimated $2.7–$3.9 billion and could be finished between 2027 and 2028, the agency said.

Plutonium pits are bowling-ball-sized plutonium shells, and a crucial component in nuclear warheads.

The move to expand plutonium production is a bid by US President Joe Biden’s administration to make up for the country’s near-three-decade shortfall in the quantity of material the NNSA says is required for America’s nuclear arsenal.

At the same time as it hatches plans to bolster America’s own stockpile, the Biden administration has repeatedly called on Iran to restrict its nuclear program and return to the terms of the 2015 nuclear deal.

Indirect US-Iranian talks to revive the accord – officially known as the Joint Comprehensive Plan of Action (JCPOA) – have been taking place in Vienna over the last three weeks.

Under the deal, Iran originally agreed to curbs on its nuclear program in exchange for sanctions relief.But in 2018 Biden’s predecessor Donald Trump pulled the US out of the agreement and reverted to imposing crippling sanctions on Iran.

Tehran then began breaching its commitments under the deal.

Biden has said he wants the US to re-join the JCPOA – but first wants Iran to make concessions by cutting back on the amount, and purity, of uranium it produces and stores.

Tehran has said it will not alter its approach until Washington lifts sanctions.

On Thursday Mikhail Ulyanov, the Russian ambassador to the International Atomic Energy Agency, who is one of the mediators at the negotiations, briefed the US Special Envoy for Iran Robert Malley on the talks.

“We had a detailed and very useful discussion on major topics which are under consideration in the course of on-going talks in Vienna on full restoration of the #JCPOA,” Ulyanov said in a statement on Twitter.