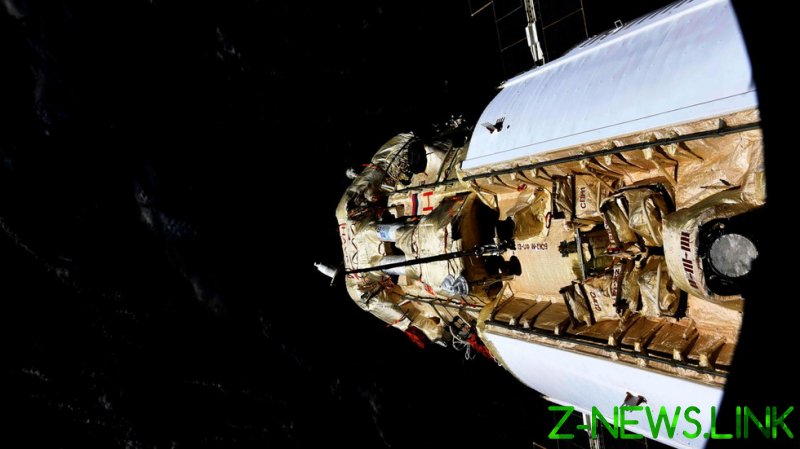 A brief tour of the module shared online by Russian cosmonaut Oleg Novitsky on Saturday offered space enthusiasts a sneak peek at the newly arrived mini-lab.

Footage from the International Space Station (ISS) shows Novitsky and his fellow cosmonaut, Pyotr Dubrov, opening the module’s hatch and floating into the Nauka.

The two-minute clip shows the docking port and the workshop area of the module, which is capable of producing enough oxygen for six people and recycling waste into drinkable water apart from its main purpose of being a lab to carry out experiments. Nauka is also fitted with the 11-meter-long European Robotic Arm supplied by the European Space Agency (ESA).

For those hoping to get a better view of the module’s intricate interior, Novitsky promised to post a more detailed room tour “soon.”

The Nauka module docked with the ISS earlier this week, replacing Russia’s 20-year-old module Pirs, which was undocked from the station before Nauka’s arrival and burnt up in Earth’s atmosphere.

Nauka’s own time as part of the ISS started with a bang. Its arrival on Thursday turned into quite a nerve-racking experience for those aboard the station and for the ground control team as well. Some three hours after the docking, the module unexpectedly activated its thrusters, spinning the whole station and turning it some 45 degrees. The ISS was put back in its place shortly after the accident, which grabbed international attention.

While the exact nature of the mishap is not known yet, Russia’s space chief Dmitry Rogozin dismissed it as a minor accident likely caused by a “human factor.” The head of Roscosmos suggested the ground control might have become too “euphoric” after the docking that someone forgot to shut down Nauka’s orientation control system.