Home / Society / Ukrainian TV presenter was hit by a car

Ukrainian TV presenter was hit by a car 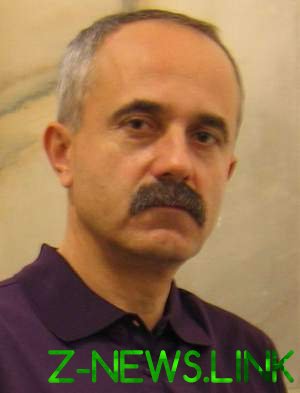 The incident occurred on the streets of Kiev.

The Ukrainian critic, broadcaster, the author of the “Argument Kino” Volodymyr Voitenko fell under the wheels of the car on one of streets of Kiev.

About this informed the head of the Union of cinematographers, film critic and critic Sergei Trymbach in Facebook. Also, this information is posted on the website of the TV channel “1+1”.

As a result dorozhno-transport incident Vladimir Voitenko received a traumatic brain injury. He has already had one operation. According to doctors, they are doing everything possible to return the broadcaster to a healthy life.

“The driver of the car that hit Vladimir, also contributes to the recovery of lead”, – stated in the message channel.
In turn Trymbach pointed out that the state broadcaster is estimated as steadily heavy.

“My friend the film critic Volodymyr Voitenko was in trouble – he was hit by a car. Hospital, couple of hour-long operation. Volodya, thank God, thank the doctors – came to. The state, of course, difficult, but there is hope,” wrote Trymbach.