Ukraine has asked partners to impose sanctions against Russian ports 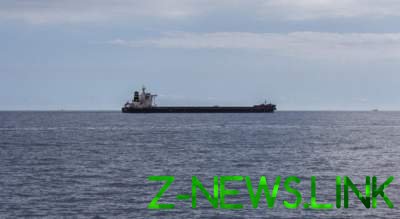 Such measures propose to undertake due to the blocking by Russia of the Azov sea.

Ukraine appealed to the European and American partners that they have imposed sanctions on Russian ports because of the actions of the Russian Federation in the sea of Azov.

This was stated in a broadcast on Ukrainian television Minister of infrastructure Vladimir Omelian.

“We appeal to the European and American partners that have imposed sanctions not only on the company, legal and physical persons of the Russian Federation, but also on the Russian seaports, at least in the black sea basin,” – said Vladimir Omelian.

According to him, the blocking by Russia of the Azov sea has led to significant losses for the ports of Mariupol and Berdyansk. So, the decline in traffic at Mariupol decreased by 10% during this half year, Berdyansk – 16%.

Recall, from 29 April to 10 July this year detained for inspection of the vessel 93, which went to the ports of Ukraine in the Azov sea through the Kerch Strait, regardless of the flag. Because of this, the Ministry of Infrastructure said it plans to initiate before the Ministry of foreign Affairs of Ukraine the issue of the treatment of diplomats in the foreign Ministry to protest about the actions of special units of Russia.

In addition, will ask them to raise issues related to the organization of joint use of the Azov sea and the regulation rules of sailing. As of 16 July, the number of illegally detained by Russia for inspection of vessels amounted to 148 units.