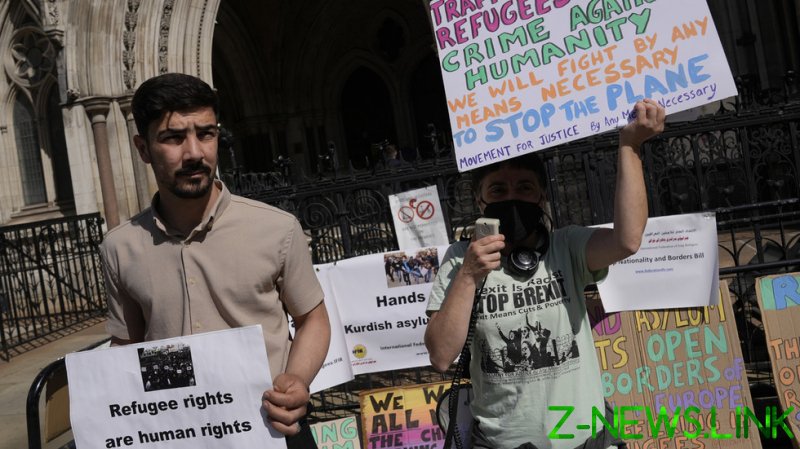 The UK Court of Appeal ruled on Monday that an earlier decision allowing the government to send asylum seekers to Rwanda cannot be overturned. The decision paves the way for the first plane to depart for the African nation on Tuesday.

The appeal, brought by two human rights groups and a trade union, was dismissed by Judge Rabinder Singh, who argued that his appeals court could not interfere with a “clear and detailed” ruling by a High Court judge on Friday, which gave the go-ahead to the deportation flights.

A separate challenge to the ruling, brought by the NGO Asylum Aid, is currently being heard at the High Court.

With that last-ditch challenge unlikely to succeed, only eight asylum seekers will be aboard Tuesday’s flight. The Care4Calais NGO said on Friday that the flight was initially slated to take 31 people, but 23 “had their Rwanda tickets canceled” for unknown reasons. 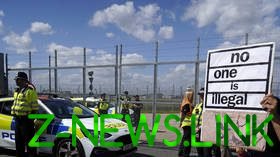 With the number of migrants reaching Britain’s shores hitting a record 28,300 in 2021, British Prime Minister Boris Johnson announced a deal in April whereby Rwanda would house migrants seeking asylum in Britain in exchange for a down payment of £120 million ($148 million). News of the scheme caused outrage among many, but Johnson insisted that it would make the people-smuggling route to the UK unpopular and take the heat off of Britain’s social services.

Those migrants whose UK asylum applications are accepted will then be granted refugee status in the UK.

For reasons that he would not elaborate on, Johnson said last month that refugees fleeing the conflict in Ukraine would not be sent to Rwanda, but would instead be ushered into the UK and allowed to bring their relatives.