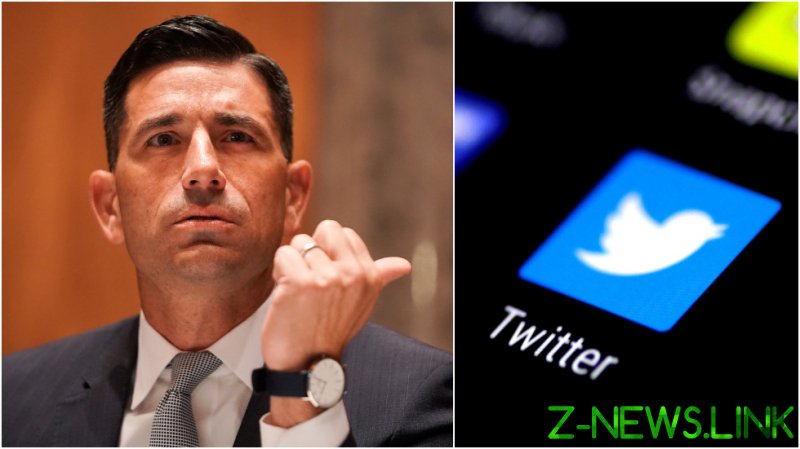 The Department of Homeland Security acting chief Chad Wolf penned the letter to Dorsey on Friday, insisting “corporate bureaucrats” should not act as arbiters of truth for the American public, calling Twitter’s move to suspend the handle of Customs and Border Patrol (CBP) executive Mark Morgan “unjustified” and “disturbing.”

“The fact that the tweet was removed and the account locked is startling,” Wolf said. “It is hard to understand how anyone believed Mr. Morgan’s tweet promoted violence, threats or harassment. Especially considering the facts about the border wall system support the tweet.”

In the offending post – which has since been reinstated – Morgan said the CBP was continuing to work with the Army Corps of Engineers to construct a wall along the border with Mexico, adding that “every mile” of the barrier “helps us stop gang members, murderers, sexual predators, and drugs from entering our country. It’s a fact, walls work.”

Wolf insisted Morgan’s tweet did not promote violence of any sort and was factually accurate, arguing that the CBP “arrests thousands of violent criminal gang members each year,” rescues young women forced into the sex trade and “intercepts dangerous drugs,” including “enough of the opioid fentanyl to kill every man, woman and child in the United States several times over.”

He also accused the platform of lying about events surrounding Morgan’s lock-out, noting that a Twitter spokesperson gave a misleading quote to the media about how the company revived the account.