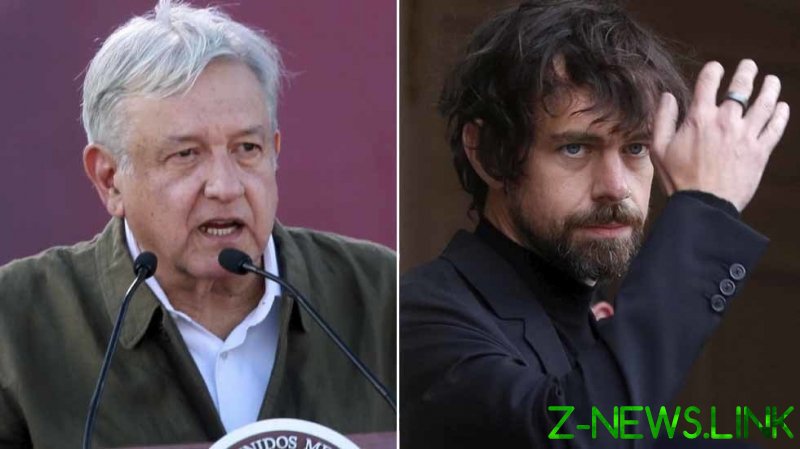 Aside from celebrities cautiously expressing varying levels of distaste with Donald Trump being banned from Twitter, another response has come from the international political class. German Chancellor Angela Merkel voiced her concern. Mexican President Andres Manuel Lopez Obrador is taking it further.

He stated that he will be making a proposal on the issue at the next G20 summit, saying, “Yes, social media should not be used to incite violence and all that, but this cannot be used as a pretext to suspend freedom of expression.” Mexico’s Foreign Relations Secretary Marcelo Ebrard said that Mexico has already started the work of getting other members involved in this situation. Those named were France, Germany, the European Union, and unspecified others in Africa, Latin America and Southeast Asia.

The cynical part of me doesn’t see this as a genuine effort for freedom of expression. These politicians simply don’t like someone exerting control over some of the most powerful people in the world. These are the people who are supposed to write the rules, after all. For someone else who just owns a company with a cute little bird logo to shut them down in the public square is too much for them.

Of course, that’s also the most interesting part. There have been years upon years where these politicians have said little to nothing about people with opposing viewpoints being censored by social media. I don’t think it’s a coincidence that they didn’t make a peep until Donald Trump was banned. It brings up a question about the government. Who gives citizens more comfort in having the job of making sure their rights are respected? Because at this point, if you look at free markets and government as respective monoliths, you will see examples of both ignoring the God-given rights of human beings.

Speaking as your average citizen, I find myself in a strange place because I’m rooting for the government. Given that I’m a right-leaning columnist, I could just as easily end up on the wrong end of a Twitter moderator as others before me. At some point, someone has to stand up and say how messed up this is. If they don’t, the little guy is always the one who suffers the most. The unfortunate thing is that I find myself realizing that there really aren’t any principled people here. I’m just praying that someone on the social media side of things realizes how much they screwed up, and that they picked the wrong fight.

This year is certainly off to a weird start. It’s like watching an MMA fight and simply rooting for the guy that I hate less at that point in time. Then again, there is an irony to this. Social media companies like Twitter have often complained about the United States ignoring the international scene over the last four years. Yet that same international scene of politics might be what finally gets them to realize that it’s a bad idea to just go censoring people you don’t like. There’s always a bigger fish, and Jack Dorsey may have finally found his.