Turkey will not be silent about Israel’s ‘atrocities’, Erdogan tells Palestinian President Abbas 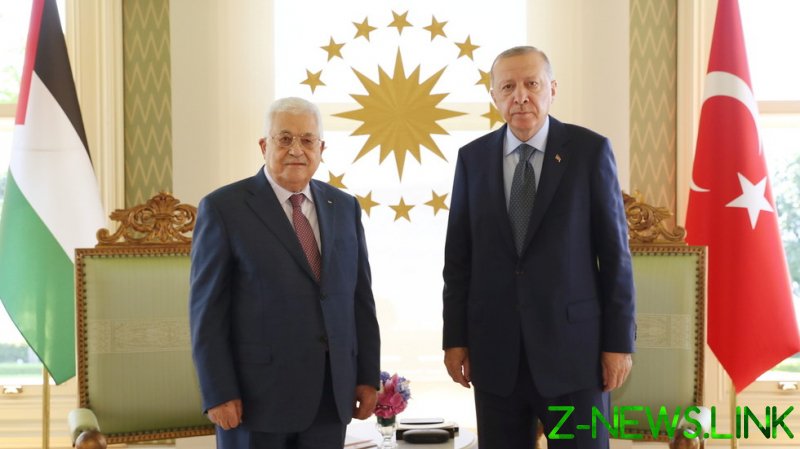 According to the Turkish state-run Anadolu Agency, Erdogan stressed to Abbas during the meeting that Turkey “did not” and “will not remain silent about Israel’s atrocities in Palestine.” He also said that peace and stability will not be possible as long as the “Israeli occupation” continues, according to Anadolu.

A statement from Abbas claimed that Erdogan was “briefed on the latest political developments regarding the Palestinian issue” and “the effects of the Israeli aggression on the Gaza Strip,” including the “displacement of citizens.” The statement also said that the two examined “issues of mutual interest.”

Abbas travelled to Istanbul on Friday for a three-day trip to speak with Erdogan. According to Palestinian officials, Abbas wanted to “ask Erdogan to use his influence with Hamas to resolve the dispute between the PA and the Islamist movement over the reconstruction of the Gaza Strip.”

Large-scale protests against Abbas took place in Hebron last month during the funeral of Nizar Banat, a critic of the Palestinian Authority (PA), who died after being arrested in the West Bank. Banat’s family accused the PA of assassinating Banat, and protesters during the funeral shouted, “Go away, go away, Abbas,” and “The people want to overthrow the regime!”

During an interview following Banat’s death, Palestinian Minister of Justice Mohammed al-Shalaldeh claimed the incident was not a case of the government silencing a critic and said the PA was closely following the case, which is being investigated “objectively, impartially and confidentially.”