Turkey sent troops to the Syrian province of Idlib 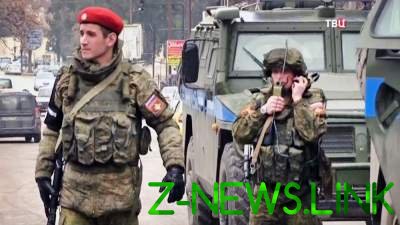 The military police crossed the border between the two countries.

Turkey began to deploy forces of the military police in the occupied Syrian province of Idlib.

This province falls in one of these areas of de-escalation, agreement on creation of which was signed in Astana. As reported, Russian military police already there.

According to the Astana agreement on the joint control of the situation in Idlib needs to carry out paramilitary forces of Russia, Turkey and Iran.

The agreement on the establishment of areas in which hostilities are terminated (the ceasefire does not apply to ISIL and other terrorist organizations), was reached by representatives of Russia, Turkey and Iran, as well as the government and the moderate armed Syrian opposition in may 2017.

This was followed by the three zones of de-escalation, however, to arrange the fourth area in Idlib province, long time was not possible due to the large land area and there are many opposition and Islamic groups who fight among themselves and with the government of Syria. To define the zone of de-escalation in Idlib managed to representative negotiations on 15 September.