Home / WORLD / ‘Turkey must learn’: Duo ‘given thousands of years in jail for conspiring on match-fixing charges against football giants’

‘Turkey must learn’: Duo ‘given thousands of years in jail for conspiring on match-fixing charges against football giants’ 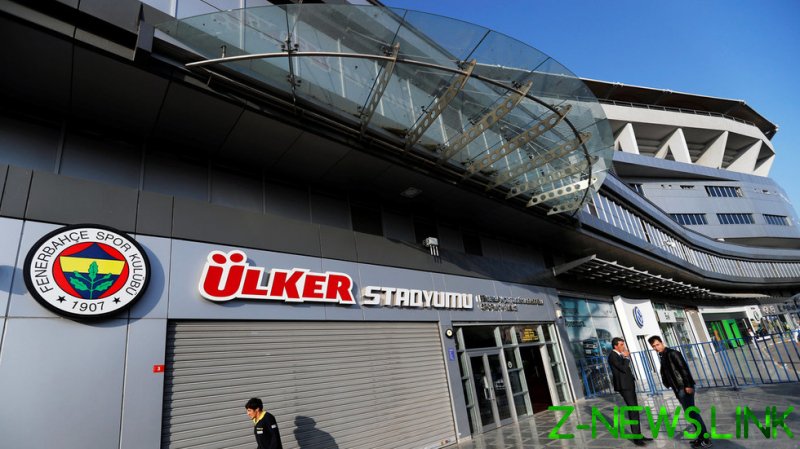 Hidayet Karaca, who was the head of the Samanyolu media group that was later shut down by the government, is said to have been given a whopping 1,406-year term after being accused of organizing the tapping of phone calls and forging of documents.

Ex-police chief Nazmi Ardic also copped 2,170 years on charges including forging documents and conspiring against the club alongside sentences for at least 25 other defendants, according to state-owned news agency Anadolu (via ESPN).

The case is said to relate to Aziz Yildirim, the ex-president of Turkish top-flight giants Fenerbahce, who was given six years in prison after being charged with match-fixing and forming an illegal operation, spending a year inside.

Yildirim denied the charges and said the case had been crafted to devastate the 19-time Turkish champions, who were barred from playing in European competitions for two seasons after the charges were leveled in 2011.

The case was subsequently reopened after prosecutors said it was based on a conspiracy. The prosecutors involved were linked to Fethullah Gulen, a US-based cleric who denies an accusation from Turkey that he attempted a coup in 2016.

In the same year, an Istanbul prosecutor’s indictment alleged the charges were a plot by Gulen supporters who had infiltrated the Turkish judiciary and police to bring the club and its hierarchy to their knees.

ESPN reported that the prosecutors and judges who opened and ruled on the original case had fled the country following the coup attempt.

Fenerbahce chairman Ali Koc told reporters that Friday’s court decision proved the club had been the innocent victim of a plot against it by Gulen’s network and vowed to pursue legal avenues for “financial and moral” compensation.

“We wish we never had these days, but unfortunately they did happen,” rued club attorney Naim Karakaya.

“The worst of lawlessness is structured by public power. In other words, what is done by law enforcement, by the police, by the judge and the prosecutor has always been much more dangerous, because they used public power for a personal or organizational purpose.

“In this respect, we demand that today’s decision be a lesson to those who think that such an illegality will be used again, and that the public power will be used as a cover for the implementation of a plan that has been planned in such dark circles.”

Koc warned that the club’s hierarchy would retain “anger” and “resentment” until it deemed full justice to have been done.

“I look at this as the big picture,” he said. “May god not show these days to Turkey once again.

“The fact that these people have so much power, that they are in a position to do whatever they want by infiltrating the capillaries of the state; from the military to the police, from the judiciary to many ministries, just as they are allowed, enough lessons should be learned from them.

“In order that this will never happen in our country, we, as the State of the Republic of Turkey, need to learn our lessons from what has happened here, so that our children and grandchildren do not waste energy and engage in this work again.

“I’m not sure how many lessons we’ve learned so that it won’t happen again.”