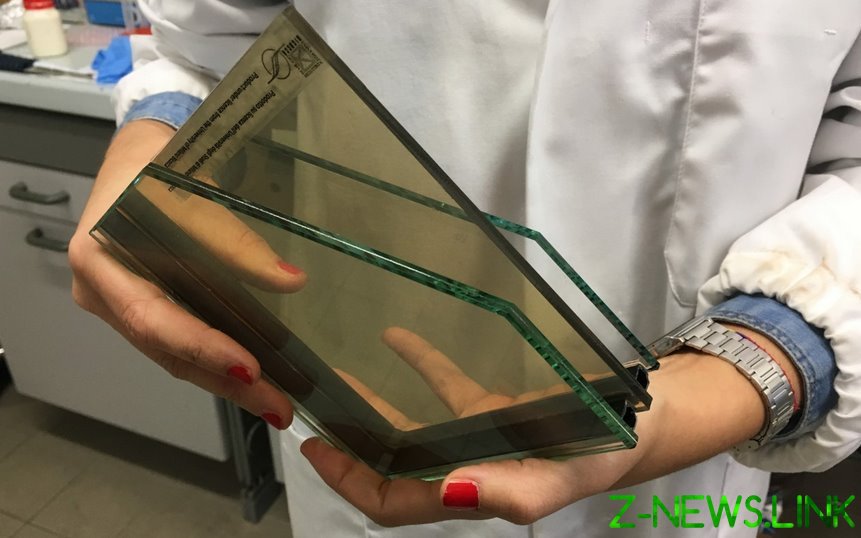 Italian Glass startup to Power has developed a luminescent solar concentrator (LSC) that can be integrated into Windows, as well as a number of other active architectural elements. The company says it has reached conversion efficiency of 3.2% when the degree of transparency of the visible spectrum of about 80%.

The new devices represent a transparent plastic plate doped with a high-emissivity chromophores that absorb sunlight and emit long-wavelength photons. “These photons are directed by total internal reflection at the edges of the device where they are converted into electricity by conventional solar cells installed around the perimeter of the plate,” according to a press release developers.

In the Glass to Power saying that their development is easy to integrate into an active architectural elements and it is perfect for buildings with zero energy balance in densely populated urban areas where there is lack of suitable roofs for solar collection.

The technology is based on the use of nanoparticles, known as chromophores, which are able to separate the processes of absorption and emission of light. “It is possible to create prototypes with good power generation efficiency even for areas of hundreds of square centimeters, which can be easily scaled up to sizes required for commercial applications,” say the developers.

In fact “solar glass” on the basis of the LSC are virtually colorless, which is a key factor for their application in integrated building photovoltaic systems (BIPV).

“Full colorimetric test showed that our solar cells do not make a significant distortion in transmitted light and did not lead to changes of color perception indoors” – say in the company.

Glass to Power argues that for now BIPV modules can produce stable and environmentally friendly LSC large area. With new technology it is possible to create photovoltaic Windows that are easily integrated into the architecture of passive houses, making them virtually invisible inside and out.

“In addition, the transparency of the LSC can be defined at the manufacturing stage in accordance with the needs of the customer to obtain the best compromise between produced energy and the amount of light for indoor lighting,” adds the company.

Glass to Power says about the quality of the transmitted light corresponding to the certification UNI 10380 and group 1A, which includes the best sources of lighting in homes and hospitals. Test Farnsworth-Munsell 100, which is one of the most famous tests for color vision, showed that the LSC do not change the perception of color in photovoltaic Windows.

“Solar glass” Glass to Power received ratio conversion efficiency of 3.2% with a transparency in the visible spectrum of about 80%. “That is, only 20% of the light is used to generate electricity, and the remaining 80% pass through the panel to illuminate the internal environment – the developers say. But it is also the groundwork for photovoltaic Windows with a level of efficiency exceeding 5%”.

Nanoparticles is completely made of inorganic materials like silicon, which by their nature are resistant to sunlight and not at risk of degradation. According to the company, this ensures their devices the continuity and durability of power generation.

Glass to Power is based in Rovereto, in the Northern Italian province of Trento. Currently, the performance of the company is 300 grams of nanoparticles in a month, but it hopes to increase to 100 grams per day by installing new equipment.