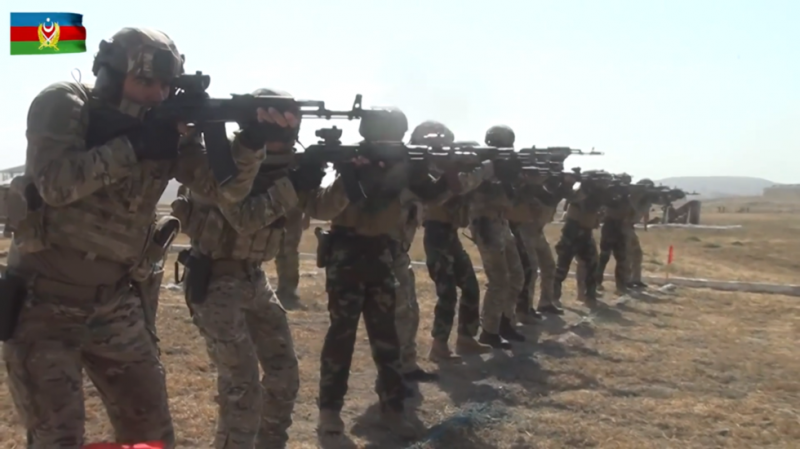 The soldiers were filmed shooting small arms and grenade launchers in Azerbaijan. According to Baku’s Ministry of Defense, the drills will boost cooperation between the three majority-Muslim nations.

“The main purpose of the exercise … is to improve the interaction between the units, as well as training for operations in peacetime and wartime conditions,” the Ministry said, according to the Moscow-based TASS news agency.

The militaries of Azerbaijan and Turkey, two neighboring nations, conduct joint maneuvers on a regular basis. However, Pakistan is a new addition to the pair of countries often described as “one nation, two states.”

Speaking at a ceremony before the exercises began, Azeri Lieutenant General Hikmat Mirzayev thanked the armed forces of Turkey and Pakistan for their aid during the 44-day Nagorno-Karabakh war in 2020.

“Azerbaijan, Turkey, and Pakistan have entered the history of mankind as close friends and brothers. At the heart of these relations is the close ties between our peoples,” he said, according to the Turkish state-funded Anadolu Agency.

“Today, cooperation between our countries in all areas is at the highest level. Important measures are being taken to further strengthen and develop our relations to ensure the region’s and peoples’ security,” he continued.